With the irregularities such as illegal withdrawal of money from the account of pensioners surfacing from Visakhapatnam district, the vigilance officials continued raids and searches

VIJAYAWADA: With the irregularities such as illegal withdrawal of money from the account of pensioners surfacing from Visakhapatnam district, the vigilance officials continued raids and searches at the Seetammadhara sub-treasury office on Saturday. The officials cross-checked several records with the available evidence of various malpractice including withdrawal of pensions from the accounts of dead beneficiaries and excess payments in favour of some accounts. They also enquired about the missing of more than 850 pension payment orders.

“The vigilance officials conducted checkings at Seethammadhara sub-treasury office on Saturday. They wanted particulars of the pension scams, excess payments and missing PPOs and our staff have responded as per their knowledge,” said V Sudhakar, deputy director of District Treasury Office. 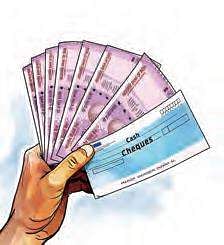 At present, the district treasury department officials are facing two simultaneous checkings—internal audit and the vigilance probe into the pension scams reported from Seethammadhara and Chintapalli sub-treasury offices. “The treasury staff are facing probe in connection with the pension scams and simultaneously they are attending to the ongoing internal audit process.  Most of the employees are under stress,” said a senior treasury officer.

Main accused files RTI query
K Appala Raju, the main accused in the Seethammadhara sub-treasury pension scam, has reportedly filed an RTI query, seeking details of his duties and performance. The higher officials of the Treasury Department opine that by filing the RTI, the accused is admitting to his involvement in the malpractice. “The main accused, who was arrested thrice in the last four years, and put under suspension, leads a luxurious life in his three-storied house. It is nothing but scandalous,” said a district-level treasury officer.