Jana Sena Party president Pawan Kalyan has alleged that the TDP leaders have ignored the problems of farmers, adding that Rayalaseema suffered a loss post bifurcation.

ANANTAPUR : Jana Sena Party president Pawan Kalyan has alleged that the TDP leaders have ignored the problems of farmers, adding that Rayalaseema suffered a loss post bifurcation. Kalyan interacted with a group of farmers at Narayanapuram on Monday as part of his tour to Anantapur district. He asked the State government to organise seminars on drought in the district and take scientific opinion on how to tackle it. 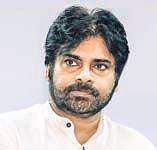 He said the farmers told him that when they approached a minister for supply of irrigation water, he apparently told them that he wouldn’t as they did not belong to his constituency. When the farmers approached a ruling party MLA for help, he too didn’t help them saying they had voted for YSRC in the last elections. When Chief Minister N Chandrababu Naidu visits the district, water is supplied through tankers to show that ample water is supplied in the district, Kalyansaid.

He made it amply clear that he did not enter into any secret deal with PM Narendra Modi. When asked why he is not criticising him, he questioned, “Do you want me to slam Modi like Hindupur MLA N Balakrishna?”“The Jana Sena Party will play a crucial role in the 2019 elections. I will consider contesting from Anantapur district based on the prevailing political situation,” he said.