The first phase of the project to be taken up at a cost of Rs 6,020 crore is scheduled to be completed in April-May 2019.

The first phase of the project to be taken up at a cost of Rs 6,020 crore is scheduled to be completed in April-May 2019.

Once completed, the project is expected to stabilise irrigation to 9.65 lakh acres of ayacut under the Nagarjunasagar Right Main Canal in Guntur and Prakasam districts.  The total cost of the river linking project is estimated at Rs 90,000 crore.

Speaking on the occasion, the Chief Minister said despite lack of cooperation from the Centre, his government was determined to work in the larger interests of farmers and vowed to complete all irrigation projects as per schedule.

“Instead of lending a helping hand to the State, the NDA government is misusing Central institutions like income tax department and Enforcement Directorate to conduct raids on our MPs and threatening us. Why have they not conducted raids when we were with BJP for four years and why now? he questioned and asserted that he would rather fight back than be cowed down.

“The State government has successfully interlinked two major rivers Krishna and Godavari and created Pavitra Sangamam and now we plan to interlink five major rivers like Vamsadhara, Nagavali, Godavari, Krishna, and Penna to create Mahasangamam. “To drought-proof the State, 35 rivers in the State from Bahuda in Srikakulam to Swarnamuki in Chittoor will be interlinked,” he said and added in future they might even provide water to Telangana through Nagarjunasagar.

He said that 61 per cent of the Polavaram project work was completed and water through gravity would be provided by May 2019.  Five lifts would be used to channel 8,500 cusecs from Pattiseema into Krishna and from there it would be diverted into Nagarjunasagar Right Main Canal. “The canal connecting Krishna and NSP Right Canal will be of 56.35 km length and another 10.25 km length pipelines will be laid. A total of five pumps with 145 cusec capacity will be used and 577 MW power will be needed. A total of 3,541 acres of land will be needed for the first phase of the project,” he explained.

The Chief Minister also got two commitments, one from Guntur Collector K Sasidhar to acquire 3,541 acres of land needed for the project in two months and another from Megha Constructions and RVR Constructions, the contractors for the project, to complete the first phase by April-May. He said out of 62 projects, 17 were completed and seven were ready for inauguration and 13 new ones would be started. “We estimate that it will cost `2 lakh crore for irrigation projects in the State including `90,000 crore for Godavari-Penna linking, Polavaram and others,” he said.

Naidu said despite deficit rainfall in the last four years, the agriculture growth rate increased from 3.55 per cent to 17.71 per cent because of government’s effective water management. “Keeping in mind growing preference for fruits and milk products among the people in the State, we have even changed our strategy and emerged top in horticulture production,” he said.

During his nearly 90-minute speech, the Chief Minister listed out his efforts to put Amaravati on the international map, provide transparent and responsible governance with public feedback using technology. He lambasted the Centre for lack of cooperation and said its faulty policies like demonetisation and GST derailed the economy of the country.

Reiterating that he joined hands with the Congress and took initiative for the anti-BJP alliance in the larger interest of the nation and the State, the TDP chief accused TRS chief K Chandrasekhar Rao of insulting him without rhyme or reason. “I want Telangana State to prosper and backed the State’s demand for a steel plant and tribal university there,” he said. 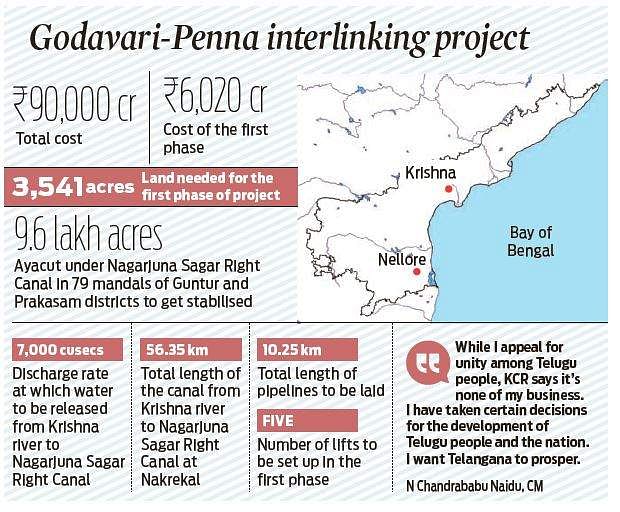