However, police said that those were just rumours and security had been strengthened in the Agency areas.

VISAKHAPATNAM: The attack by Maoists on the TDP MLA Kideri Sarveswara Rao and former MLA Siveri Soma has created an atmosphere of panic among political leaders in the Visakhapatnam Agency areas. It was learnt that security had been intensified to protect the leaders, who had received Maoist threats in the district. Many leaders have been told not to visit villages, even on government duty, without providing prior information to the police. Late night on Thursday, tension gripped the Agency area once again, as rumours spread about a few Maoists conducting a recce at the interior regions in Araku valley. 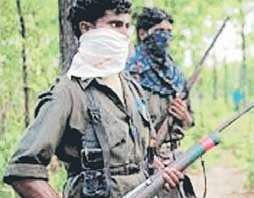 However, police said that those were just rumours and security had been strengthened in the Agency areas.According to sources, rumours spread that three Maoists, carrying bags, were spotted at a bus stop near Benjipur area, about 7km to 8km from the Araku valley.

Sources said that the suspected Maoists asked a youth about the house of the local MPP, who also belonged to the TDP. The youth later informed the family members of the MPP about the inquiry made and they,  in turn, reportedly sought police protection.Responding to a complaint, a senior police officer said that it could be just rumours and the people, who asked about the MPP’s house couldn’t be Maoists.

The police officer said that tight security arrangements were made throughout the Agency areas. The combing operations intensified and there was no way for the Maoists to enter the plain areas once again. Police said that security was  tightened at many Maoist-hit areas and other places.

Now we are on Telegram too. Follow us for updates
TAGS
Maoist attack Kideri Sarveswara Rao iveri Soma