ONGOLE:  P Kameswara Rao, a domestic power user from Cheemakurthi in Prakasam district, was shocked to learn that his electricity bill for March and April was around Rs 20,000. Later, he contacted a local Andhra Pradesh Southern Power Distribution Company Limited (APSPDCL) staffer, who after inspecting the metre said there was a defect in it. 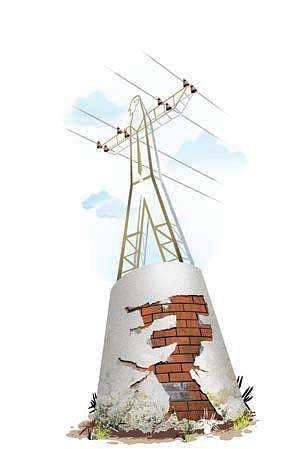 The equipment was then sent to the APSPDCL testing centre in Ongole for repair. As he did not hear from the electricity department even after two months, the user approached the officials, who settled the bill for five months of power usage at just Rs 1,000. “It took around four months for them to settle the issue. If this happens to an illiterate person, what will he do?” Kameswara Rao asked.

Meanwhile, government departments and public sector undertakings are yet to clear their power dues that are in crores of rupees. An APSPDCL official, on the condition of anonymity, said the government owed the discom Rs 23 crore towards the electricity consumed for Veligonda Project Tunnel 1 and Tunnel 2 works.

“Every month, we write reminders to the higher officials of the department concerned, asking them to pay the amount. There is never any response from them.” As many as 24 state and central government departments owed the Ongole circle of the APSPDCL a total amount of Rs 66.17 crore till June.

Now the officials have intensified their efforts to clear the long-time dues. NVS Subba Raju, APSPDCL Superintending Engineer (Prakasam circle) said: “It is true that 24 government departments are yet to clear power dues to the tune of Rs 66 crore (till June). We are now more focussed to collect the amount. However, our efforts often go in vain. We write to the government regarding the uncleared payments by their district offices. However, there is no reply from the officials.”