The ACA formed an organising committee with District Collector V Vinay Chand as the chairperson for conducting the Test match at a meeting held here on Monday.

VISAKHAPATNAM: A good news for the cricket fans in the city. The Andhra Cricket Association (ACA) will be hosting the first Test match between India and South Africa at Dr YSR ACA-VDCA Stadium at PM Palem in the city from October 2 to 6. Vizag hosted India and England Test match three years ago from November 16 to 21 in 2016. 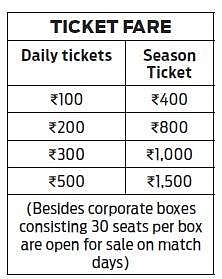 Arun Kumar said apart from organising committee, 12 sub-committees were also formed in this regard. He also said 2,000  students per day will be given free entry into the stadium to watch the match.