According to a media bulletin issued by the State Command Control Room (Health) on Friday evening, out of the total 61,699 tests, Rapid Antigen tests accounted for 35,024. Among the 13 districts, three districts reported more than 1,000 cases. Anantapur with 1,387 cases led the table followed by East Godavari with 1,215 cases and Kurnool with 1,124 cases.

Among the 68 deaths in the last 24 hours, 13 were reported in Guntur, nine in Anantapur, eight in Kurnool, seven each in Chittoor and East Godavari, six in Prakasam, five in Visakhapatnam, four each in Nellore and Srikakulam, two in West Godavari and one each in Krishna, Kadapa and Vizianagaram districts, the bulletin added. 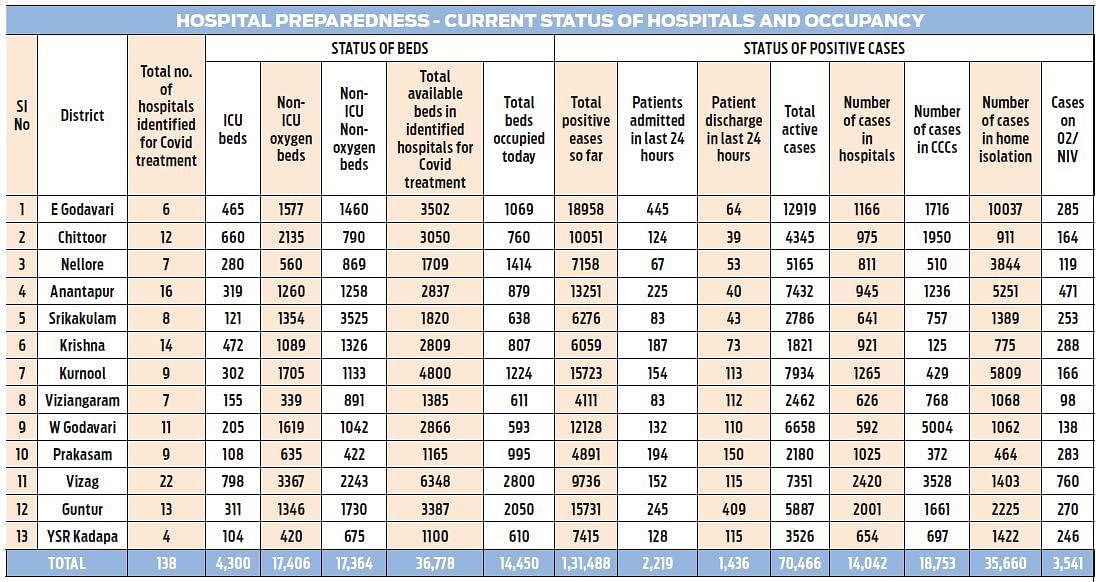