Only where there was a huge difference between the prevailing higher market value and its substantially lower registration value, the land rate increased by 10 to 30 per cent.

VIJAYAWADA: The state government has revised the land rates in the urban areas across the State and the district level committees have taken due care to update the land value to reflect the reality, rationalise and equalise land of similar nature and land use in a vicinity. 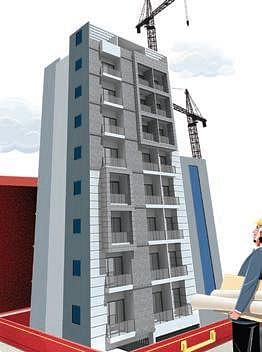 Only where there was a huge difference between the prevailing higher market value and its substantially lower registration value, the land rate increased by 10% to 30% to achieve market value correction and protect the avenues for revenue generation in a balanced manner.

Taking a balance view for resource generation in the prevalent economic situation, the revision of land rate in urban areas this year has focused more on rationalisation and simplification of numerous slabs, rectification of anomalies such as non-implementation of converted land continuing in agriculture rate, plotted layout having rate per acre, different rates on either sides of national highway, state highway for lands of comparable or similar land use and better indexing of urban properties as per the prevalent land use like residential, house site or commercial.

This revision exercise was elaborately done by the district level committees headed by the Joint Collector (Rythu Bharosa and Revenue) as its chairman with members across the relevant departments like urban local bodies, urban development authorities, revenue, agriculture and local real estate and builder association and institution of valuer.

This committee has extensively worked for more than 45 days collating and collecting all the relevant information, conducting numerous field inspections despite the Covid-19 situation, engaging in detailed stakeholder consultations to optimally finalise the land rates in urban areas.