The team visited the site between May 12 and 16, and collected air and water samples to assess the concentration of styrene in the environment.

VISAKHAPATNAM: Water from the Meghadri Gedda Reservior in Visakhapatnam cannot be used directly for drinking or domestic purposes due to its moderate-to-high organic content, experts from The CSIR-National Environmental Engineering Research Institute (CSIR-NEERI) have said in their report submitted to the National Green Tribunal (NGT). 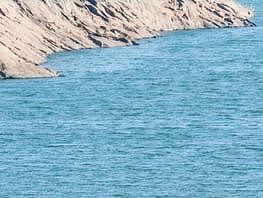 The CSIR-NEERI team conducted a bioassay test with samples collected from the reservoir following the styrene gas leak from the LG Polymers plant at RR Venkatapuram on May 7, and found that either activated carbon adoption method or combined ozone activated carbon method can be used to remove the organic content in the reservoir.

The team visited the site between May 12 and 16, and collected air and water samples to assess the concentration of styrene in the environment. Besides samples from 18 dug wells, four were collected from the reservoir, and one each from the lake, collection tank, fish pond and drain in the buffer zones (0.5 km, 1 km, 1.5 km, 2 km, 3 km, 4 km and 5 km radius) around the LG Polymers plant.

The samples had concentration of styrene in the BDL (below detection limit) range of 0.0015 ppm, and the pH was 7.7, which is normal. The concentration of dissolved solids was 270 mg/l, hardness was 88 mg/l, and sodium concentration was 48 mg/l. The biological oxygen demand (BOD) was 4.6 mg/l, indicating there was high biological activity i.e. decaying of plants.As per the report, the bioassay test was conducted on samples from the Meghadri Gedda Reservoir to analyse major water quality parameters, apart from the styrene concentration.

It was also observed that styrene concentration in water samples was less than 0.02 mg/l in all samples except at SGL-9 (Srinivasa Nagar, about 1.5 km from the plant), where it was 0.0345 mg/l.
The NGT panel suggested that NEERI conduct tests to assess the long-term concentration of styrene vapour in groundwater, surface water, and soil in the affected areas every month for the next 10 months. Vapour cloud dispersion studies and assessment of the environmental components for styrene concentration should also be conducted, the NGT panel said. NEERI was also requested to suggest remedial measures for contaminated soil and water.

Now we are on Telegram too. Follow us for updates
TAGS
Meghadri Gedda Reservior Visakhapatnam