VIJAYAWADA: Covid-19 tally in Andhra Pradesh touched 5,247 on Wednesday as 218 new cases were added, with foreign returnees causing a spurt in the virus infection in the state. One death recorded from East Godavari district took the state’s toll to 78.

According to a media bulletin released by the State Command Control Room, 15,384 samples were tested in the last 24 hours (between Tuesday and Wednesday 9 am). While  136 infectees hail from the state, 56 foreign returnees too tested positive, taking the cumulative figure of Covid-19 cases in the category to 188. Kurnool recorded 20 new cases and the district’s tally went up to 846. In Guntur, nine infections were reported and one of them was of a volunteer from Tadepalli. 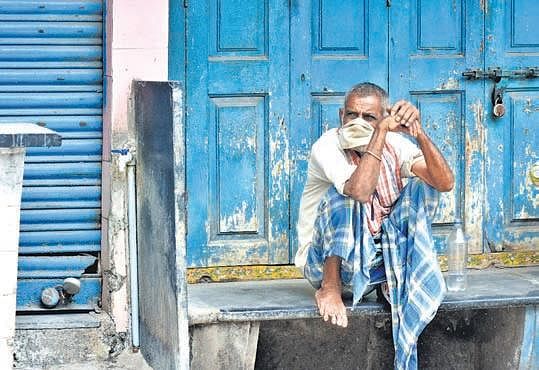 With the volunteer testing positive, officials identified at least 60 of his primary contacts and collected their samples. The district tally reached 577 with the fresh cases. Visakhapatnam, which is witnessing a sudden surge of infections over the past few days, recorded another 14 cases on Wednesday.

The district administration has identified 30 very active clusters and eight active clusters for taking up containment activity. With the fresh cases, the cumulative cases in the district went up to 225. In East Godavari, 12 cases were reported and the district’s Covid count surged to 412. Nellore too recorded cases in double digits.

The district, with 13 cases on Wednesday, now has a total of 355 infectees, among whom 231 are currently under treatment.  Meanwhile, 94 persons were discharged from Covid-19 hospitals,  taking the aggregate in the state so far to 2,869. The recovery rate of Covid-19 patients stood at 54.68 percent in the state.
With the spike in infections, the active cases were increasing and the total number of patients undergoing treatment at present stood at 2,300.

Now we are on Telegram too. Follow us for updates
TAGS
Andhra Pradesh Covid-19