Objective is to set up medical colleges in all Parliamentary constituencies in State: CM.

VIJAYAWADA:  The State government is seriously contemplating establishing teaching hospitals in each of the 25 Parliamentary constituencies as they will be made districts in due course. Disclosing this during a video conference with the district collectors and senior officials on Tuesday, Chief Minister YS Jagan Mohan Reddy said 16 new medical colleges will be established in the State in addition to the existing 11. A medical college will be set up in Adoni in addition to the existing one in Kurnool.

The collectors were asked to identify and take possession of 50 acres of land for the proposed medical colleges and hand it over to the department concerned. They were also asked to complete distribution of 22 lakh QR Health Cards at the earliest.

Taking stock of COVID-19 situation in the State, the Chief Minister said until the vaccine is developed, people have to learn to live with corona. Awareness should be created among them on the dos and don’ts to keep COVID-19 at bay. The social stigma associated with COVID-19 should also be eradicated, he said. 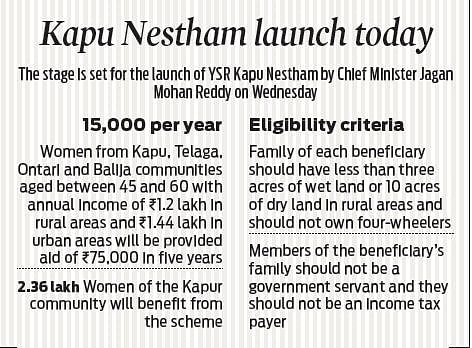 “Every village secretary should explain the steps to be taken if there are corona symptoms and motivate people to come forward to voluntarily undergo the test. After 108 and 104 ambulances are pressed into service, one fully equipped 104 vehicle for corona cases will be deployed in each mandal. Tests will be carried out in every household to curb the spread of COVID-19,” he said.

Reviewing the progress of irrigation projects, the Chief Minister directed the officials to expedite the balance works of land acquisition and rehabilitation of displaced with regard to Vamsadhara, Thotapalli, Polavaram, Veligonda, Gandikota and Chitravati.  “Veligonda will come in handy this season. Steps should be taken for storing water in Gandikota and Chitravati reservoirs at full capacity. Evacuation works must be carried out by the collectors of East and West Godavari districts with regard to Polavaram,” he said.
Ministers Peddireddy Ramachandra Reddy and Adimulapu Suresh, Chief Secretary Nilam Sawhney, DGP D Gautam Sawang and other officials attended the meeting.

Now we are on Telegram too. Follow us for updates
TAGS
Andhra Medical College andhra AP medical college