Several investors also sought Centre’s intervention and the Union Ministry of Power had written to the State several times.

VIJAYAWADA: The State government has demanded the Centre that a provision to re-look and renegotiate “bad and one-sided contracts” should be given for the Discoms. This is one of the major submissions made by the Andhra Pradesh government to the Union Ministry of Power regarding the Electricity (amendment) Bill, 2020, proposed to bring intended structural changes in power sector.

The State officials, who had submitted their reservations a fortnight ago, noted that reviewing of contracts, such as power purchase agreements, should be done periodically in view of the changing technoeconomic conditions instead of going for long-term pacts. 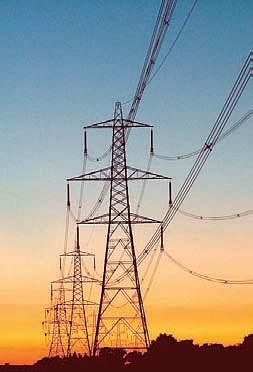 “A provision for review after every five years should exist as 25-30 years is a very long period for commercial contracts, especially in a world of fast changing techno-economic conditions,” the chairman and managing director of APTRANSCO, Nagulapalli Srikant, suggested in a letter to the Union Ministry, detailing the reservations AP had with the draft bill. Several other reservations were also aired by the State as the proposed amendments “appear to be leaning towards centralising the electricity subject, which is under concurrent list, and appears to offer more protection to generators than required”.

The State made the above submission while expressing its reservation against the proposed introduction of Electricity Contract Enforcement Authority, which the state opposed, noting that it would centralise the adjudication powers in New Delhi besides diluting the powers of state electricity regulatory commissions. “The amendment should be dropped,” the State observed. It may be recalled that a year ago, the State government constituted a high-level negotiation committee to review renewable power purchase agreements — a move that kicked up a storm with even the Centre advising the State against it.

Subsequently, the government’s attempt to review/renegotiate the highcost and long-term PPAs didn’t go as per plans as private solar and wind power generators moved the High Court. Several investors also sought Centre’s intervention and the Union Ministry of Power had written to the State several times. The Opposition parties have criticised the YSRC government accusing it of being the reason, by attempting to tamper with renewable PPAs, for the Centre proposing changes to the electricity act.

Now we are on Telegram too. Follow us for updates
TAGS
Andhra Power contract Andhra Pradesh Andhra discom