VIJAYAWADA: The Health Department has clarified that the RT-PCR test has a sensitivity of 67 per cent. In other words, the chances of detecting positive in a Covid patient is 67 per cent under this test. Correspondingly, if a person has 33 per cent viral load he may test negative.

“During recovery as the virus dies, samples also test negative. In the case of TDP MLC G Deepak Reddy, the initial report suggested that he was positive, which means he was Covid-19 infected. Whereas the second test came negative. It could be because of two reasons: 67 per cent sensitivity of the RT-PCR test or his viral load might have reduced as he could be recovering,” it said and advised all concerned to responsibly make comments on technical matters. 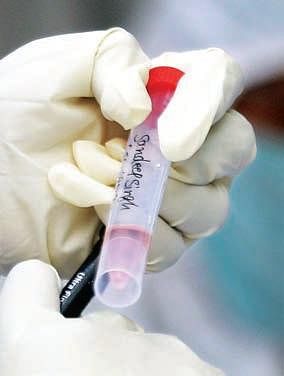 Such comments not only affect morale of the staff working in labs, but also create avoidable suspicion in the minds of the public during a pandemic, it added. The department advised Deepak Reddy home isolation as per the ICMR guidelines despite his negative test result. The above statement, posted on the department’s official Twitter account @AarogyaAndhra, was its response to Telugu Desam Party national general secretary Nara Lokesh’s tweets.

“During recent budget session, samples of MLC G Deepak Reddy were taken and tested positive. He was asked to undergo quarantine. However, he had himself tested in Hyderabad and the results were negative,” the TDP chief said. He observed that the RT-PCR test is conducted only after a sample tests positive in TruNAT method, after which the result is announced. Asking why the procedure was not followed, he questioned why the type of test was not mentioned in the result of Deepak Reddy. He doubted the accuracy of the tests and suspected political conspiracy. Earlier, Lokesh, too, made similar comments on his Twitter account and questioned the credibility of the tests being conducted in government hospitals.

Now we are on Telegram too. Follow us for updates
TAGS
COVID 19 RT PCR test Andhra covid 19