The unit, which remained shut since lockdown, was opened for resumption of operations when the leakage took place, police said.

KAKINADA: Even before the memories of the tragic gas leak at LG Polymers in Visakhapatnam are erased from the minds of the people, ammonia gas leakage from an ice manufacturing unit came haunting the villagers nearby Malkipuram of East Godavari district. People in the vicinity of 200 metres radius of the unit were evacuated, while people in nearby villages were put on alert following the gas leakage. 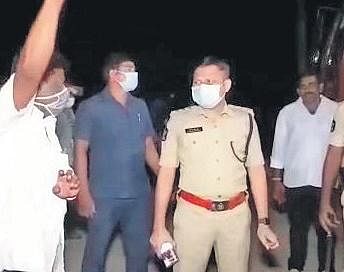 The unit, which remained shut since lockdown, was opened for resumption of operations when the leakage took place, police said.

According to police, the gas leakage took place at Venkateswara Ice Factory located in between agriculture fields between Sivakodu and Malkipuram.

While a few workers were taking up maintenance works to resume operations, ammonia gas leaked from three of the 10 tanks located in the factory.