According to a senior official from the housing department, the government will construct 30 lakh houses in two phases in 30 months.

VIJAYAWADA: The Energy Efficiency Services Ltd (EESL), a joint venture of State-owned NTPC Limited, Power Finance Corporation (PFC), Rural Electrification Corporation (REC) Limited and Power Grid Corporation of India Ltd (PGCIL), has evinced interest to partner with the Andhra Pradesh government to install energy efficient appliances in all the houses to be built under the economically weaker section (EWS) housing project — Pedalandariki Illu — under Navaratnalu to be launched by the State government. 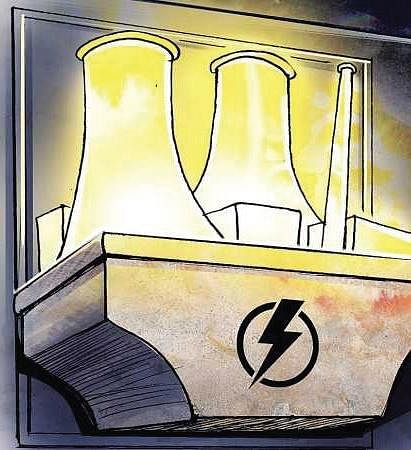 According to officials, Indo-Swiss Building Energy Efficiency Project (BEEP) has already come forward to provide energy efficient and thermally comfortable (EETC) technology and the EESL will shortly submit a report on the same to both housing and energy departments.

EESL chairman Rajeev Sarma along with vice chairman, EESL, Saurabh Kumar, met principal secretary for housing department Ajay Jain to discuss the proposed project. The State may become a role model to the country if the two projects (BEEP and EESL) are implemented successfully.

EESL chairman Rajeev Sharma said that Andhra Pradesh was the only State in the country to have taken steps to launch a massive housing project for the poor with the latest energy efficient technologies. Besides, for the first time in India, the Energy Conservation Building Code for Residential Buildings (ECBC-R) is being implemented in AP’s housing programme, he said.

Executive vice-chairman of EESL Saurabh Kumar said that discussions were being held with the State government about supply of energy efficient appliances to 30 lakh houses. Noting that EESL has implemented EE initiatives across the State,  he said that a final report on impact of usage of highly qualitative BEE star rated appliances including super-efficient fans will be submitted to housing and energy departments soon.

According to a senior official from the housing department, the government will construct 30 lakh houses in two phases in 30 months.

In the first phase, 15 lakh houses are targeted to complete by March, 2022, and the remaining 15 lakh by March, 2023. Apart from energy efficient building envelope designs, the government is considering installing energy efficient appliances for each house comprising three LED bulbs, two tube lights and two energy efficient fans. The works are expected to be launched after clearing the legal issues pending in the court, the official added. “The planning is underway and we will launch the works adhering to the court’s order,” the official noted.

Eco-friendly houses govt’s top priority
Ajay Jain, who presented a comprehensive report on Pedalandariki Illu programme to the EESL, said that building an eco-friendly and energy efficient houses was the utmost priority of the State government. The housing department is holding discussions with national and international agencies after directions from Chief Minister Y S Jagan Mohan Reddy.

Now we are on Telegram too. Follow us for updates
TAGS
EESL