When Kharge tried to say something about the IAS officer, the Chairman asked him not to defend the officer.

Mahantesh Kavatagimath (BJP) asked whether the government had identified land to construct an IT-BT park in Belagavi and when it was going to be a reality. He said that despite asking the same question for the last three years, the government had not responded. To this, Priyank Kharge said as the question came under the purview of the Industries Ministry, the question was sent  to it. This reply irked the Chairman as well as opposition members. Kavatagimath, K B Shanappa and Kota Srinivas Poojary said though the question was related to Kharge’s portfolio, he was replying in an irresponsible manner. 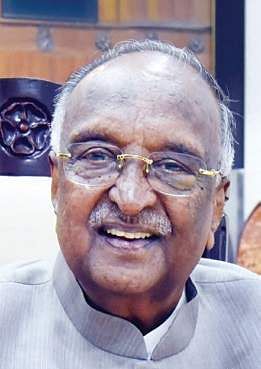 The Chairman said one of the IAS officers from Kharge’s ministry had written to him saying that the question had been sent to the Industries Department. He asked if it was not possible for the officers of both the departments to sit together and solve the problem.

When Kharge tried to say something about the IAS officer, the Chairman asked him not to defend the officer.

Interestingly, Health Minister Ramesh Kumar and former minister S R Patil said Kavatagimath’s question came under Priyank Kharge’s jurisdiction. Later, Kharge said the park should be developed by the Industries Department and his ministry would see to other logistics.