BENGALURU: Reiterating its opposition to implementation of the Kasturirangan report on saving the eco-sensitive Western Ghat region, the state government has decided to urge the Union government to withdraw the third notification on the report.

The state cabinet which met here on Wednesday took the decision to this effect. Karnataka has been opposing the report consistently and had filed its objections again after the report was notified for the third time on February 27, 2017.

“We will appeal to the Union government not to implement the report,” Law and Parliamentary Affairs Minister T B Jayachandra told reporters after the meeting.

The report, if implemented, would make life miserable for lakhs of people as the report seeks to declare 1,576 villages in 10 districts — Belagavi, Chikkamagaluru, Chamarajanagar, Kodagu, Hassan, Uttara Kannada, Dakshina Kannada, Udupi, Mysuru and Shivamogga — as part of an eco-sensitive zone, where sand mining, quarrying and development activities like construction of schools, hospitals, group housing would be banned, Jayachandra said. 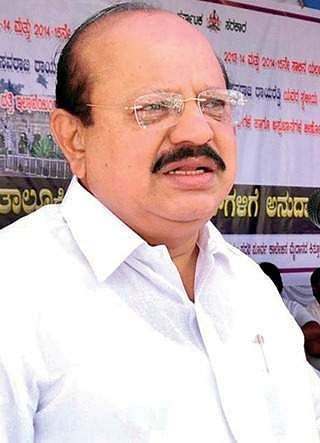 All MLAs cutting across party lines and gram panchayats representing the above regions have unanimously opposed the report and passed resolutions against the report, Jayachandra said.

State formally scraps steel flyover
The formalities for scrapping the `1,791 crore Hebbal Steel Flyover project were completed on Wednesday with the state cabinet taking a formal decision to cancel the proposed project.

Chief Minister Siddaramaiah had already announced that his government would not go ahead with the project following BJP state president B S Yeddyurappa’s allegations of `65 crore kickbacks to family members of Siddaramaiah in the project.

The 6.7-km, six-lane steel flyover from project had evoked strong protests from people of Bengaluru as the project envisaged cutting of hundreds of trees.

The cabinet gave its nod for acquisition of 57 acres of land in Amaravthi village in Shidlaghatta taluk of Chikkaballapur district for the establishment of Bengaluru North University campus.

Cabinet panel to resolve Datta Peeta row
The cabinet has decided to constitute a cabinet sub-committee headed by Law and Parliamentary Affairs Minister T B Jayachandra to resolve the Bababudangiri Datta Peeta controversy in Chikkamagaluru district. The committee has been constituted in accordance with the Supreme Court order asking the state government to try to resolve the dispute amicably between the Hindu and Muslim communities by involving both the sides in talks before May 9.

Now we are on Telegram too. Follow us for updates
TAGS
Kasturirangan report