Eyeing all seats, JD(S) tries to repackage itself for wider appeal in Karnataka

In the run-up to the 2018 Assembly polls, the regional party JD(S) is to put a spoke in the wheel of grand designs of both Congress and BJP.

BENGALURU: In the run-up to the 2018 Assembly polls, the regional party JD(S) is to put a spoke in the wheel of grand designs of both Congress and BJP. But it is a party that has not been in power for ten years and no one is more aware of this than the party itself. No longer happy with the tag of ‘kingmakers’, the party now is aiming for the ‘king’s’ spot. 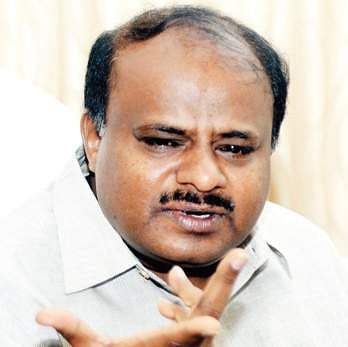 State party president H D Kumaraswamy has announced that JD(S) will not enter into a pre-poll alliance and will contest all the 224 seats. JD(S) is doing what is considered unusual for the party. Determined to be the early bird, the party has promised to release the first list of candidates as early as beginning of May.

The party is now focusing on presenting a more organised front and coordinating with ground level cadres, identifying suitable candidates where it has not fielded candidates before and the party promises that all this is going to happen in the next three months.

Also on the agenda is filling up various party positions. Party spokesperson and MLC Ramesh Babu says this involves appointing around 300 people in 22 wings, including a youth wing and women’s wing. “We are looking at constituting a backward committee, minorities committee and an ST committee,” he said.

Last month, MLC Basavaraj Horatti wrote to national president H D Deve Gowda and said that his consultations had thrown up issues that people would like addressed with regard to party plans for youth and women. The party has lined up loan waiver, free power for BPL families, one lakh jobs for youth, economic, political representation for women as their mandate.

JD(S) has been known for its strength in the Old Mysuru region. But with its focus now on the entire state, the party, considered to be pro-farmer, feels it has a chance in north Karnataka which is facing drought and agitations over the sharing of Mahadayi waters.

With 96 seats in the Hyderabad-Karnataka and Mumbai-Karnataka regions, any inroads in the north, as opposed to seven seats it presently has, is a big plus.

Writer and analyst Nataraj Huliyar says, “It is possible, but it all boils down to the candidates they choose. Even in the old Mysuru region, Congress is looking strong at present and a pre-poll alliance may dent their vote share.  If they go at it alone, at this juncture, it looks possible they could win around 60 seats.”