BENGALURU: The income-tax department questioned three ministers in the Siddaramaiah government and a few Congress MLAs during its probe into the contents of a diary allegedly seized from Congress MLC K Govindaraj’s residence in Bengaluru last year.

These revelations were made before the Karnataka High Court that was hearing the I-T Department’s petition challenging Bengaluru City police’s probe into the same case.

Police had registered a case following a complaint filed by Govindaraj, who is also a Parliamentary Secretary to Chief Minister Siddaramaiah. 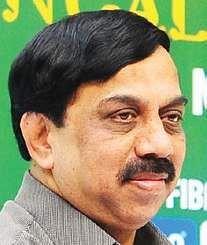 In his complaint filed on February 28 this year, Govindaraj had cited irregularities during the I-T search at his residence in March last year and alleged that the diary was not seized from his house but was planted after the search and leaked to the media.

The MLC had also termed the diary fictitious during a press conference last month and threatened legal action against a media house that was airing its “contents”.

In its petition, however, the I-T Department said it recorded the statements of MLAs and three ministers, who were confronted with the diary’s contents.

It stated that between April 18, 2016 and June 27, 2016, it analysed the abbreviations mentioned in the seized diary. Notices and summons were issued to MLAs and ministers and their statements were recorded. Govindaraj’s statements were also recorded, the department said in the petition challenging the notice issued by the city police asking to hand over the seized diary and to provide a list of officers who searched the MLC’s house.

Hearing the petition filed by the Director General of Income Tax and other I-T officers looking after the investigation, Justice Aravinda Kumar stayed all further proceedings in the case registered by the Indiranagar police, until further orders. The judge also issued notice to Govindaraj, DCP (East) and the Station House Officer, Indiranagar police station.

The police complaint was filed by Govindaraj after opposition leaders alleged that the diary has details of money allegedly paid by some state Congress leaders to the party high command. Police had, during the investigation, asked the I-T department to hand over the diary to it. The department had refused.

The department contended that going by the political debate over the issue of the diary, the notice issued by the city police for securing the seized diary appears to be an attempt to hamper its probe. According to Section 293 and 138 (2) of the I-T Act, the city
police has no jurisdiction to investigate the case and there is a bar on disclosure of information related to I-T assessees on certain occasions. Moreover, Govindaraj had not raised any question with the I-T department over the diary claiming it as planted. It was seized from his bedroom on March 15, 2016, along with incriminating documents as per law in the presence of his wife and other family members, the central agency stated. Further, the I-T department  said on the day of the raid, Govindaraj was in a hotel in Goa and his statement was taken on arrival.

Now we are on Telegram too. Follow us for updates
TAGS
income tax diary