The Facebook post had debunked claims made by the Mysuru-Kodagu MP, who had contended that IPS officers are 'migrating' from the State, as some officers were not given a post of their liking. The 650-word post was titled "Why the views of honorable MP Pratap Simha are so very wrong and dangerous".

She said that the gesture by Facebook was 'very insulting'. "There should be freedom for me to express my opinions. Moreover, the post did not use any abusive language," she said. Having served as Superintendent of Police in Cyber Crime, she recalled that despite complaints, Facebook would take hours or even days to remove indecent or pornographic images. "However, it appears that my post was removed on short notice," she told Express.

In a recent FB post, she said on Friday, "This is ridiculous! My FbB post countering honorable MP Pratap Simha's views has disappeared! Dear Facebook, this is not fair."

Below is the post, that she updated on her profile again:

Attached below are the screenshot of the post, just in case the original post goes missing again: 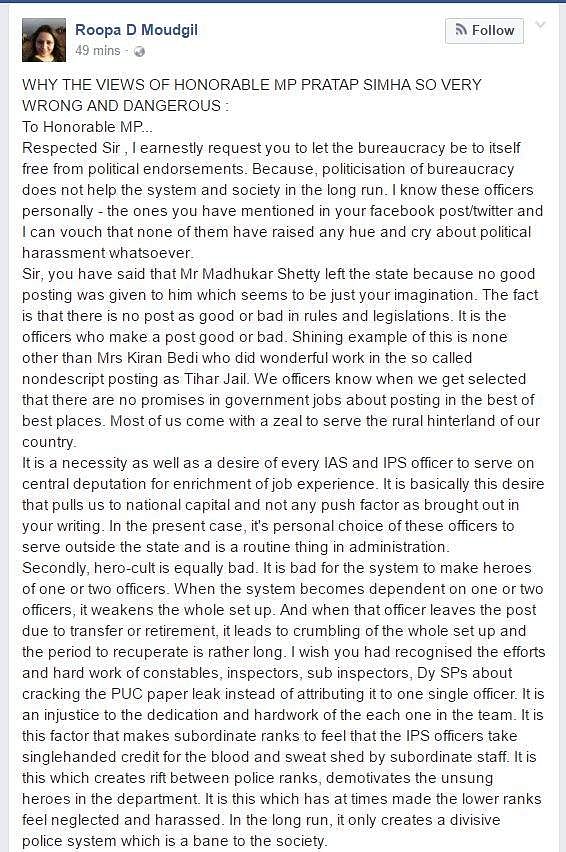 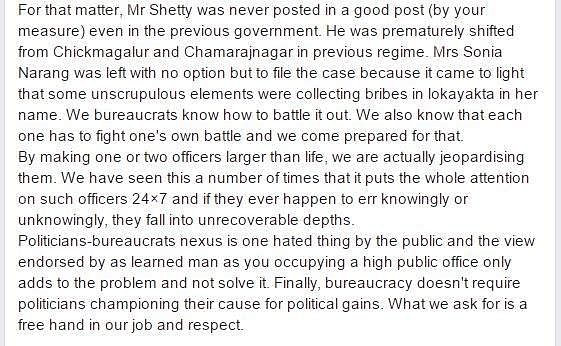