BENGALURU: An Indian American woman living with her two teenaged daughters in the city had to seek assistance from the US Consulate in Chennai that in turn got in touch with the Prime Minister’s Office (PMO) to pump out rain water that had flooded her house in upscale HSR Layout. Frustrated by the tepid response from local authorities, Meena Gupta is now seriously contemplating return to the US. 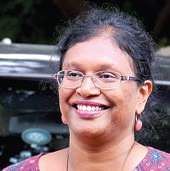 The flooding of her house occurred on Sept 27 when the city received heavy rain, recalled Meena. She resides in Sector 6 of HSR Layout. As the water level kept rising, she tried to contact local officials and elected representatives but none of them responded to her calls for help. Meena then called the US Consulate in Chennai, who got in touch with the PMO. After that, the National Disaster Response Force alerted the State Disaster Response Team. As the SDRF could not immediately pump out water as the whole locality was flooded, they shifted Meena and her daughters to a nearby hotel.

‘Civic agencies treat babus as elite.  Are we cattle?’

Bengaluru: Vexed by the BBMP and BWSSB passing the buck for civic woes, Meena Gupta and IN Murthy, who too lived in the US for a long time, launched an initiative called HSR CAT (Civic Action Task) Force to combat flood and “to awaken civic authorities and elected representatives out of deep slumber.” The initiative links 150 families. On Sunday, MLA Satish Reddy and MP Ananth Kumar visited the area. “The representatives said there will be no flooding by March 2018. The local body is spending `6 crore, out of total `24 crore sanctioned to take up flood-related works in HSR Layout, for a wall to protect the SWD water entering into a sector where IAS and IPS officers are residing, ignoring our woes. They were treated as elite. Are we cattle? ” said an angry Meena.