Determined to outdo BJP in electoral strategy, Congress is bracing for two separate yatras in November even as BJP is ready with plans for a big launch of its ‘Nava Karnataka Parivartan Yatra’ on Nove

BENGALURU: Determined to outdo BJP in electoral strategy, Congress is bracing for two separate yatras in November even as BJP is ready with plans for a big launch of its ‘Nava Karnataka Parivartan Yatra’ on November 2 by Prime Minister Narendra Modi and BJP national president Amit Shah.
AICC vice-president Rahul Gandhi who held a meeting with Chief Minister Siddaramaiah, KPCC president G Parameshwara, KPCC working president D K Shivakumar and other leaders in New Delhi on Thursday instructed the leaders to intensify mass contact campaigns to spread awareness about achievements of the Siddaramaiah government and failures of Modi government. 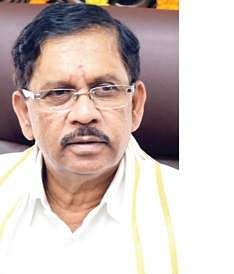 “We  have decided to organise two separate yatras in November, one from the Congress party and another from our government, to showcase the welfare programmes implemented by Siddaramaiah government. About 1.2 crore booklets explaining the achievements of Siddaramaiah government would be distributed during the yatras. Schedules of the yatra would be announced soon,” said KPCC president G Parameshwara,  speaking to reporters after the meeting.

He denied any rift between himself and Siddaramaiah. “There are no differences between us. We have accepted the party high command’s decision to fight the election under Siddaramaiah’s leadership,” Parameshwara said.The meeting discussed at length the poll strategy, but the issue of ticket distribution did not figure in the meeting, he said.Venugopal to turn the heat on MLAs

AICC general secretary in-charge of party affairs in Karnataka K C Venugopal  is set to turn the heat on party MLAs who have showed laxity in participating in ‘Mane Manege Congress’ mass voter connect programme. Venugopal, who has expressed his displeasure at the legislators,  after the campaign lost steam following a high pitch launch by Chief Minister Siddaramaiah, is set to personally oversee the  campaign.Venugopal is scheduled to arrive in Belagavi and Hubballi on a three-day visit from October 15 to  take stock of the campaign and ensure its success.

Bengaluru: Trouble seems to be brewing in BJP again. This time over the constitution of campaign committees and the committees to oversee the  preparations for ‘Parivartan Yatra’. Making former deputy chief minister R Ashok the convenor of the yatra in Bengaluru and appointing BJP MP and state general secretary Shobha Karandlaje the convenor of the yatra in all districts outside Bengaluru is said to have not gone down well with senior leaders. The fact that many senior leaders, including former party president Prahlad Joshi, did not find a place in the campaign committee and that no major role was assigned to Union Minister D V Sadananda Gowda in the two campaign committees - one for traditional media and the other for new age media - is said to have miffed many leaders. Shobha on Thursday denied any rift in the party and termed the entire episode a Congress conspiracy. “BJP is working unitedly under the leadership of Yeddyurappa. Congress’s dirty tricks of planting negative stories will not work,” she said. “Ashok and me are working together for the party,” she said.