BJP to replicate UP success formula for state polls

BJP is set to replicate its Uttar Pradesh success formula for grassroot-level voter connect in the upcominh Assembly polls in Karnataka.

BENGALURU: BJP is set to replicate its Uttar Pradesh success formula for grassroot-level voter connect in the upcominh Assembly polls in Karnataka. With the process of constitution of booth committees almost in the final phase, the party is now drawing up micro-planning to raise its voter base in every booth. 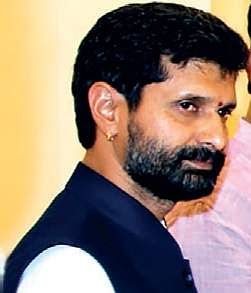 The party leadership is grading the 55,000 voter booths in the state into 3 categories — A, B and  C — in accordance with the polling pattern in the recent polls. ‘A’  category booths are those where the party is almost certain to increase its vote tally in the coming election, ‘B’ category are the booths where the party’s prospects are unlikely to see much change and ‘C’ category booths are those where the party would have to pull up its socks to improve its prospects, BJP state general secretary C T Ravi  said.

The process of booth empowerment has almost been completed in 183 constituencies and it would be completed by November 10 in the remaining 41 seats. Orientation programmes and workshops would be held at booths in all constituencies to net fresh voters. Booklets containing welfare schemes implemented by Modi and listing failures and scams of Siddaramaiah government would be distributed during the booth strengthening campaign,  he  said.

The meeting also reviewed preparations for ‘Parivartan Yatra’ to be launched on November 2. BJP national president Amit Shah would flag-off the yatra in the city with a bike rally and public meeting. The rally would have a gathering of about 1.5 lakh arriving on 75,000 bikes, Ravi said. A similar rally would be held in Hubballi on November 17. The yatra would culminate with a mega rally in the city on January 28, he added.

BJP steps up attacks against Venugopal

BJP  Mahila Morcha is set to intensify its agitation against AICC general secretary in-charge of party affairs in Karnataka K C Venugopal, one of the accused in the solar panel scam in Kerala. Morcha members who staged a protest in Bengaluru under the leadership of BJP state general secretary Shobha Karandlaje demanded Congress high command to relieve Venugopal from his post as in-charge of  Congress affairs in Karnataka.Mahila Morcha members would protest in front of the AICC office in New Delhi and hold black flag demonstrations against him in the state, Shobha said.