State flag is a  must, will write to Centre on Hindi signs: CM

In a move that is bound to make the Congress high command squirm, Chief Minister Siddaramaiah has said that a state flag for Karnataka was a must.

BENGALURU: In a move that is bound to make the Congress high command squirm, Chief Minister Siddaramaiah has said that a state flag for Karnataka was a must. Addressing a gathering at a convention of Karnataka Rakshana Vedike on Saturday, he said, “As a Chief Minister and representative of six crore people, I say that Karnataka must have a flag.” 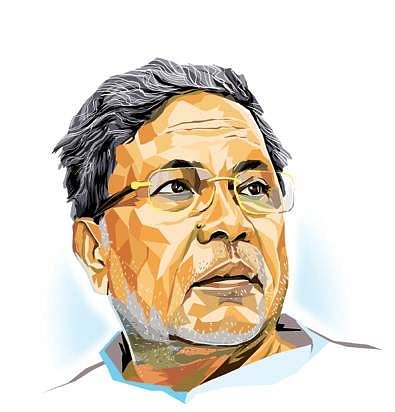 A few months ago, when it emerged that the state had formed a committee to look into the design and constitution of a state flag, it caused a furore. Amidst heavy opposition by the BPP, the Congress high command quickly doused the issue saying that the Congress supported one flag for the nation.

Going by Siddaramaiah’s speech at the convention, he seems undeterred by AICC’s stance. “The Constitution does not disallow a state flag. Neither will it diminish the respect we have for the national flag. The national flag will always fly above the state flag,” he asserted.

He also said he would write to the Centre stating that it was not possible to display signages in Hindi at Metro stations and trains. “When Tamil Nadu and Kerala do not have Hindi on their Metro signages, why should we have them?” he questioned. He also promised that all the cases against Kannada activists would be withdrawn.