BENGALURU: In a fresh attack on the ruling Congress, the state BJP has alleged that the government, through Karnataka Power Corporation Ltd (KPCL) paid Rs 447 crore in two tranches to the Centre though it was not the state’s responsibility to do so.

BJP state president B S Yeddyurappa’s demand for a CBI inquiry and allegations of depleting the state treasury and receiving kickbacks were quickly shot down by Congress, which said that it had made the payments in accordance with the demands made at the time to ensure continued supply of coal, both by the Centre and the Supreme Court and they held the rights to recovery of the amount. 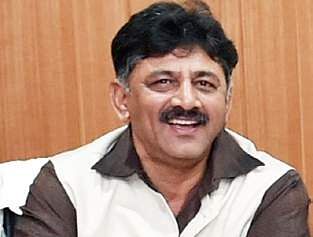 The matter pertains to coal procurement for the 1,000 MW Ballari Thermal Power Station, for which KPCL had entered into a joint venture (JV) with Kolkata-based Emta Coal Mines Ltd and formed Karnataka Emta Mining Company Ltd (KEMCL), where KPCL has a 26 per cent stake. The company was formed so that KEMCL could be the mine operator for the six coal blocks that had been allotted to KPCL. In 2014, the Supreme Court, in the wake of illegalities in coal block allocation, cancelled all the licences and levied a fine of Rs 295 per tonne of coal extracted.

Yeddyurappa stated that despite the CAG making it clear that it was KEMCL which had to make the payment, KPCL made a payment of Rs 110.43 crore in the first tranche on December 31, 2014 despite stating just a day earlier that KEMCL would pay.

“Despite this, when the matter was pending, strangely enough, on March 16, 2017, KPCL made a payment of Rs 337.76 crore as the balance payment, although nowhere does the SC say KPCL has to make the payment. I want to know why Chief Minister Siddaramaiah, who is the chairman of KPCL, and Energy Minister D K Shivakumar acted as agents of KEMCL and paid the amount when KPCL had no liability at all. What was the agreement with Emta? When you go on your ‘Mane Manege’ campaign, you can give them information about what you have done,” he mocked.

The allegations brought forth a quick rebuttal from Shivakumar who said the state is undergoing a loss of Rs 500 crore a year to buy coal as the coal blocks had not been re-allotted to the state.
“When we made an application for re-allocation of the six coal blocks, we were told that we had to clear the dues if the application had to be processed. Since we wanted to be eligible for this and since the Ministry of Coal refused to answer our letters seeking exemption from paying the amount, we decided to pay the initial amount of Rs 110 crore, the equivalent of 26 per cent of the total amount, after reserving the right of recovery from Emta,” he said.

“It makes me sad to see that Yeddyurappa has become the laughing stock by making such ridiculous allegations,” he mocked. Meanwhile, KPCC working president Dinesh Gundu Rao also released a note listing the chronology of events leading up to the final payment. According to the note issued by Congress, the second payment was made on the insistence of the Supreme Court which had stated that the Special Leave Petition (SLP) filed by the state regarding awarding of tender for selection of a mine development and operator, will only be heard after the payment of the additional levy, which, at that time, amounted to Rs 337 crore after adding interest to the original amount.

Based on legal advice, KPCL not only paid the amount in protest, but also undertook a writing from Emta that they will pay the amount due as additional levy back to KPCL if the writ petition filed in the SC involving Emta challenging the additional levy imposed upon it, went against them. Accordingly, KPCL has remitted Rs 337 crore under protest,” the note said.