Police arrested a 26-year-old man who allegedly tried to sexually assault a minor girl near Bidrakanahalli village of Siddapur taluk on Wednesday evening.

KARWAR: Police arrested a 26-year-old man who allegedly tried to sexually assault a minor girl near Bidrakanahalli village of Siddapur taluk on Wednesday evening. The arrested has been identified as Satish Mahadev Naik of Kanahalli village. 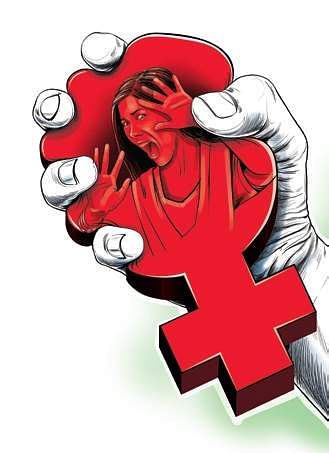 According to the police, a 13-year-old girl had gone to weekly market at her neighbouring village on Wednesday afternoon. While returning, she got off near the village cross and walked towards her home in the forest area. Realising that she was alone, Satish came close to her on a two-wheeler and asked her whether she wants a lift.

Though the girl refused to accept the offer, he forced her to sit on the bike, besides misbehaving with her. Hearing the screaming of the girl for help, people rushed to the spot. By the time, Satish fled the scene.
Later, the parents of the girl lodged a complaint with the Siddapur police. Acting swiftly on the complaint, police inspector and his team visited Kanahalli village and arrested Satish. In 2013, an attempt to rape case was registered against Satish at the same police station, said police.