Ministers told to step up party activities in Karnataka

Ministers will be seen less and less in the corridors of Vidhana Soudha as party activities have heated up and will take the front seat.

BENGALURU: Ministers will be seen less and less in the corridors of Vidhana Soudha as party activities have heated up and will take the front seat. AICC general secretary and state in-charge K C Venugopal on Thursday met the council of ministers and told them to step up party-strengthening activities, especially in the districts. 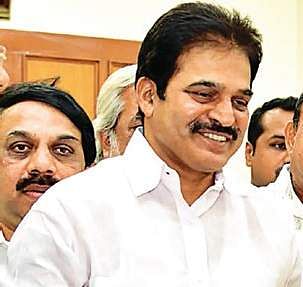 Addressing the media, Venugopal said he had not received any complaints against the performance of any minister and they would not be talking about their performance.The meeting capped off an intense two-day consultations with various committees and four divisions of the party in the state. Venugopal said some district presidents would be changed, while some block committees would be reconstituted as they were not found to be effective. Eighty per cent of constituting the booth committees is over and the remaining would be completed in a week’s time, he added.

“BJP is constantly trying to polarise and they have proved they will go to any extent to win,” he said.
He denied that they had gotten too confident, adding, “We can never underestimate the BJP. Just look at what they did in Gujarat. We are not overconfident, but we have done good work and our organisation is strong.”

The Congress has also released a list of their programmes for the next four months. The party is planning a ‘Mane Manege Congress’ plan for September where booth committee members and office-bearers will go door-to-door to meet voters and talk about Congress achievements.In October and November, district-level conventions will be held in all districts and assembly- level conventions will be held in all the 224 segments. The Congress is also planning padayatras in all panchayats and municipal wards in December.

Now we are on Telegram too. Follow us for updates
TAGS
Karnataka