Antrix made it clear that it is not going to be just a fledgling enterprise and added that it had Rs 800 crore worth of orders for the next five years till 2022.

BENGALURU: Despite the failure of PSLV-C39 launch, Antrix, the commercial arm of Indian Space Research Organisation (ISRO), made it clear that it is not going to be just a fledgling enterprise and added that it had Rs 800 crore worth of orders for the next five years till 2022. Friday marked the 25th anniversary of the company and the silver jubilee was held here in the presence of industry heavyweights like Jamshyd Godrej and Martin Sweeting. 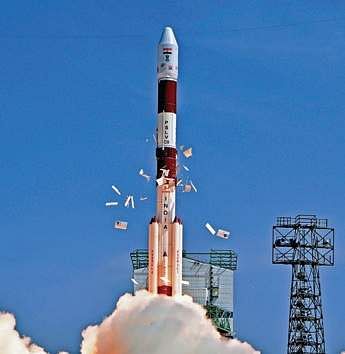 Godrej Aerospace manufactures engines and boosters for ISRO’s rockets. Martin Sweeting is the founder of Surrey Satellite Technology Ltd.With speculations rife on the impact of the recent launch failure on the Indian space industry, Antrix CMD Rakesh Sashibhushan said, “Such setbacks are a part and parcel of any space business unlike other sectors. Even SpaceX, which was supposed to have very stabilised production, suffered more serious setbacks than this. This is not a serious one. All stages have been done. Testing is being done. Demands keep coming. We had a meeting with international business customers even on Thursday. This won’t have any impact on Antrix orders.”

With a Rs 1,991 crore turnover in 2016-17, Antrix is positive about making a mark in the $260 billion satellite services market. “Lot of companies are offering cheaper launch vehicles, probably to cut us down. But the fact that there will not be any GST levied on launch services provided to international customers is a welcome move. Domestic customers however, have to pay 18 per cent GST. We are still waiting for the notification though,” Sashibhushan said. The GST Council is likely to meet on September 17 and he hopes the notification is issued in that meeting.

ISRO chairman A S  Kiran Kumar said, “Companies like SpaceX and Virgin Galactic are building small launchers. There are others who are offering a one-way ticket to Mars. Space tourism is coming up. Launch vehicle technology is a risky business and yet there are companies like Bellatrix Aerospace that are offering Garuda and Chetak. Their presence means that they are willing to take the risk.”
Bellatrix develops orbital launch vehicles such as Garuda, a launch vehicle under development, and Chetak a nano-satellite launch vehicle.

Stay up to date on all the latest Karnataka news with The New Indian Express App. Download now
TAGS
PSLV-C39 Antrix ISRO