The election to 105 ULBs will be held on August 29, including those in JD(S)-Congress bastion of Old Mysuru region.

BENGALURU: Anticipating trouble from cadres if forced to work with JD(S) at the grassroots level for the upcoming urban local body (ULB) polls, the Congress has left decision on alliance to the discretion of district units. KPCC chief Dinesh Gundu Rao on Tuesday said that the Congress district units have been given a free hand to decide on whether they need an alliance at the local level.

The statement comes days after JD(S) supremo H D Deve Gowda said that there will be no alliance with the Congress for the ULB polls. 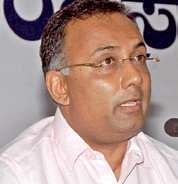 The election to 105 ULBs will be held on August 29, including those in JD(S)-Congress bastion of Old Mysuru region.

“We have informed our district units to decide what is best in their region. They can ally with party other than the BJP, if required at the local level,” said Dinesh Gundu Rao. Despite being coalition partners at the state level and deciding to contest next year’s Lok Sabha elections unitedly, the Congress and JD(S) have refused to enter into an official tie up for the ULB polls. In the old Mysuru region, where the two parties are staunch rivals, an alliance is unlikely. “Our competitor is JD(S) in Mysuru. If we have to work with them, why have an election at all? We could simply select instead of electing,” a Congress district unit office-bearer from Mysuru had told TNIE when the party was still undecided about an alliance for the ULB polls.

With Congress giving a free hand, district units can now choose what suits their convenience on the ground.  The move, according to analysts, will ensure minimum damage to Congress considering the animosity between JD(S) and Congress workers in regions where the parties are in a direct fight with each other.

“A coalition for Lok Sabha will definitely impact the Congress negatively but to what extent is the question. Local bodies, however, become more important for the cadres. Damage will be less if they go separately in ULBs,” said political analyst A Narayana.

Lobbying for Cabinet berths begins
With Cabinet expansion expected in August, a delegation of berth aspirants, as well as leaders pushing for their supporters to be appointed to boards and corporations, left to Delhi to meet AICC general secretary K C Venugopal.  Led by minister Ramesh Jarkiholi, a delegation was in Delhi on Tuesday.
M B Patil was also there.

Now we are on Telegram too. Follow us for updates
TAGS
Karnataka Congress Karnataka ULB elections