For this Sufi saint, harmony begins at home

Ibrahim Sutar, who is fondly known as Kabir of Kannada, has named his home ‘Bhavaikya’  (or harmony).

BAGALKOTE: Ibrahim Sutar, who is fondly known as Kabir of Kannada, has named his home ‘Bhavaikya’  (or harmony). For the last five decades, the 77-year-old has been giving discourses on peaceful coexistence in nooks and corners of the state. He has penned hundreds poems and released audio compilations.

Last week, when the Padma award was announced for Ibrahim Sutar of Mahalingpur of Bagalkote district, the whole town celebrated by distributing sweets. A village in neighbouring Vijayapura gave away pedas to school children. 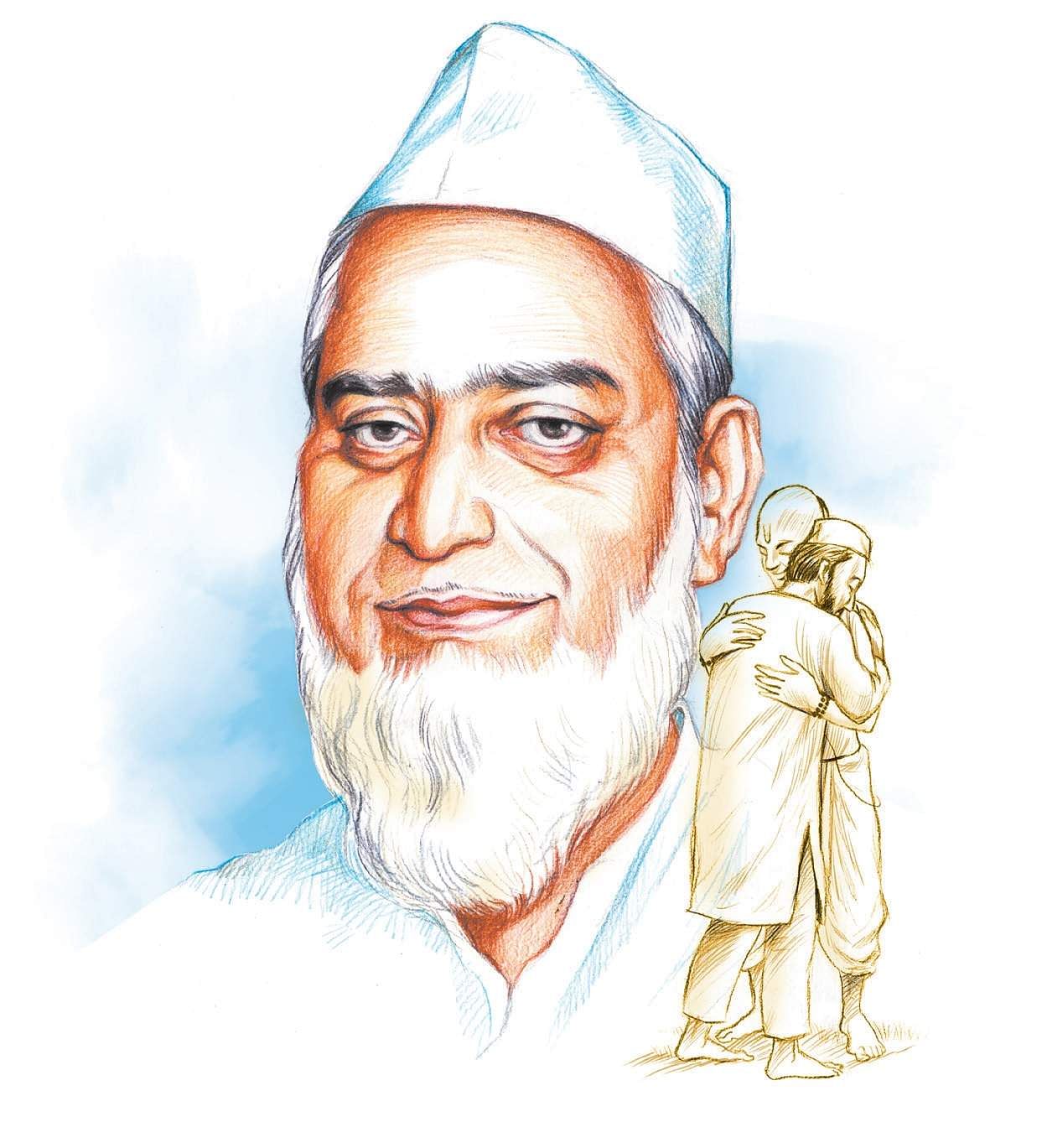 What makes Sutar so special for the people here, in these agriculturally rich parts of Bagalkote, is his discourses and social work. Every monsoon, he embarks on a month-long discourse programme known as ‘Shravankkondu Samaja Seve’ (social work for every Shravana month).

Road to save lives

In 1988, he built a 9-km road with the help of villagers of Shegunashi in Athani taluk. He had learnt that two children died in one house in the span of a week because they could not be taken to a hospital, because there no proper road from it. He decided take matters into his own hands and, in his discourses, told villagers to raise funds and work for the road as ‘shrama dana’. Within few weeks, a 9-km long road was ready. The local administration responded to the noble work by sanctioning a bus service to the tiny village.

Over the years, he was instrumental in building schools and marriage halls for poor, and lodges for devotees.

From 1992, he got involved in fighting social evils such as ‘Devadasi’ custom and leading de-addiction drives.

Where is hate located?
Since then, there has been no looking back for Sutar. With every discourse, he earned more fans and awards. In 1995, he was conferred the Rajyotsava Award. “In my speeches, I tell people how all religions preach peace and harmony. We must not focus on the negative elements of any religion. For peace, we must thoroughly know our religion and honour other’s religion. Now, the relations between various communities have soured. The moulvis and dharmgurus have a larger and responsible role in shaping our youngsters, to lead peaceful and prosperous lives. One must understand we are Indians first, then Muslims or Hindus,” he says.

Early Life
“When I was young I used to wonder what other religions preach. When I used to say my prayers, or observe Ramzan fasting, I used to wonder what has been said in Bhagavad Gita or Vachana literature,” says Sutar. “I had formed a group named Ramjan Jagaran Sangh. Later I joined a bhajan mandali in Mahalingpur where I was introduced to Tatva Padas (poems on philosophy), Vachanas and books by great saints. In later years, we seven friends formed ‘Bhavaikya Janapada Sangeeta Mela’ (folk music band for harmony) which had Hindu and Muslim youngsters and we started giving performances in our district”. The group was well-received and they got invites from various parts of Karnataka. “We created our own show formats such as question and answer sessions, where questions were analysed and answered in a way that could resonate with regular people. We created social stories with Hindu and Muslim charterers and how they end up helping each other,” he adds.

His dream, an all-faith centre
Ibrahim Sutar hopes to establish an all-faith study centre in his town, which will be an ashram for studies in all religions and faiths. He will train a team of youngsters to carry the message to future generations. His son, Humayun Sutar, who is a primary school teacher, already assists his father in discourses.