Karnataka budget 2018: Waiver of agricultural loans is the main scheme, a political budget

In comparison, Bengaluru city, with nearly 1.1 crores (17%) population and contributing 60% of the state’s tax collections, has got a raw deal.

It’s a political budget. The pivotal scheme is the waiver of agricultural loans, which is estimated to cost the exchequer Rs 34,000 cr – facilitated by further increases in fuel prices, motor vehicle tax, and power tariffs. 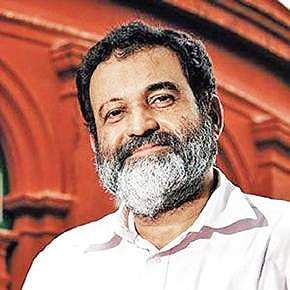 Further, the total subsidy extended in the current budget is Rs 24, 403crore, which is 2% of the GSDP, an extremely high proportion, especially since it will eventually be borne by the honest taxpayers.
The total agricultural loan waiver is an unprecedentedly high sum and will be expected to benefit only 17 lakh families, which is just 1 crore (16%) of Karnataka’s total 6.5 crore population.

In comparison, Bengaluru city, with nearly 1.1 crores (17%) population and contributing 60% of the state’s tax collections, has got a raw deal.

Bengaluru has been in a stranglehold due to a lack of good planning and infrastructure. The budget has shown interest in taking on this concern, but the proportionate expenditure deployment is unsatisfactory. In terms of technological development, this budget has not enough vision for the future of the state.
However, the government has taken some positive steps in the field of primary & secondary education. The move to introduce English medium classes in 1,000 government primary schools is welcome.

The government’s action to consolidate infrastructure in 28,847 government schools considering low admission rates will have a good impact on both the quality of education and cost reduction to the government. These endeavours will help develop human capital for the state.

There is an over-emphasis on the current government’s vote bank, the farming sector and a few other districts. Further, the blatant discrimination against Coastal and North Karnataka is not fair. Overall, this budget has been heavily preferential towards the constituents that brought the government into office and has not focused on the overall promotion of jobs and growth in the state.

D1 crore has been earmarked to establish a museum to exhibit the records of correspondence between the then Mysuru state and British Empire and also the judicial records.
D5 crore to be provided for Karnataka State Bar Council to encourage their activities relating to
judicial activities.
To avoid fleecing of consumers while they buy construction material such as building stones, the Commerce and Industries Department will introduce an app to provide information on current quarry contracts and crushers in the state.