BENGALURU: Newly elected KPCC president Dinesh Gundu Rao is likely to be inducted into the Coalition Coordination Committee. Congress high command is keen to make him part of the committee and the party is set to take up the issue with JD(S) supremo H D Deve Gowda and Chief Minister H D Kumaraswamy. 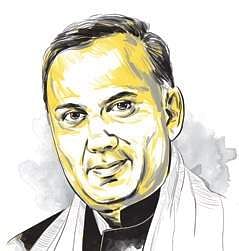 However, the Congress move to include Dinesh is set to give an opportunity for JD(S) too to push its senior leader and PWD minister H D Revanna into the committee. “Induction of Dinesh Gundu Rao is set to be a smooth affair as JD(S) too is eager to have Revanna in the committee,” admitted a senior JD(S) minister speaking to TNIE.

With Dinesh Gundu Rao getting elected as the KPCC president, it is only appropriate to have him as a member of the Coordination Committee. The party high command is of the view that he could act as the perfect coordinator between the government and the Congress party.

“Venugopal is expected to take up the issue with Gowda on July 11 when he will be in Bengaluru to attend the function in which Dinesh Gundu Rao will formally take charge as the KPCC president. The programme is scheduled to be held at Palace Grounds,” a senior Congress leader told The New Indian Express.

Congress president Rahul Gandhi has given the green signal for the appointment of heads for various boards and corporations. The issue is said to have figured during Deputy Chief Minister G Parameshwara’s meeting with Rahul in New Delhi on Saturday. Parameshwara met Rahul as a thanks-giving gesture as he is demitting the post of KPCC president after a record stint of eight years.

Appointments would be done for 30 boards and corporations in the first round with Congress getting 20 and JD(S) 10 as part of the power-sharing agreement. Legislators who failed to get a ministerial berth are being mollified with these appointments.Sources said the appointments will be made in a week after the legislature session which is scheduled to end on July 12.

Stay up to date on all the latest Karnataka news with The New Indian Express App. Download now
TAGS
Dinesh Gundu Rao