While Gowda is hoping to convince Vishwanath to accept the responsibility, former MLA Madhu Bangarappa is likely to be the choice for the party president’s post if Vishwanath doesn’t relent.

BENGALURU: JD(S) is in for a major revamp of the organisational set-up. While preparations are already on to “relieve” H D Kumaraswamy from the post of State JD(S) president considering his workload as the Chief Minister, the party leadership is also mulling to appoint four working presidents to get the party battle-ready for the forthcoming polls for Urban Local Bodies(ULBs) and the Lok Sabha. 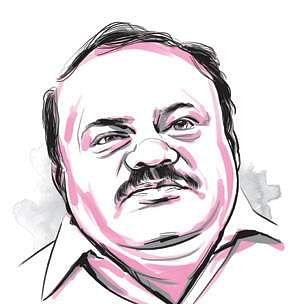 JD(S) national president H D Deve Gowda is said to have already conveyed his preference to have MLA and senior leader H Vishwanath as the replacement for Kumaraswamy for the state president’s post. However, Vishwanath who is keen for a ministerial berth seems to be reluctant to accept the offer.

According to party sources, Vishwanath has requested Gowda to look out for a young leader to head the state unit. But Gowda has his own political calculations of further expanding the party’s support base in Old Mysuru region by making Vishwanath, a backward leader from Kuruba community, the state president. The party presently enjoys the solid backing of the Vokkaliga community.

While Gowda is hoping to convince Vishwanath to accept the responsibility, former MLA Madhu Bangarappa is likely to be the choice for the party president’s post if Vishwanath doesn’t relent.
Gowda wants the party to be ready to fight the ULB and Lok Sabha polls on its own if the proposed tie-up with Congress fails to materialise. An overhaul of the organisational machinery is being effected to strengthen the party in every region of the state.

The proposal to appoint four working presidents -- one each for Mumbai-Karnataka, Hyderabad-Karnataka, Coastal Karnataka and Southern Karnataka -- is under consideration. The appointment of four working presidents will also enable the party to have a wider caste equation to expand the party base with representation for Lingayat, Backward Community and Dalit Community in these appointments, sources said.

The process of party revamp is expected to be effected in September after the much-awaited expansion of the Kumaraswamy ministry. Apart from the state office-bearers, JD(S) district units too will be revamped to bring greater dynamism to expand the party base in northern and coastal regions.

MAJOR REVAMP
Kumaraswamy to be relieved of party president post considering his workload as CM
Gowda favours MLA Vishwanath to head the state unit
Move to have 4 working presidents — one each for Mumbai-Karnataka, Hyderabad-Karnataka, Coastal Karnataka and southern Karnataka
The party also looks to have a wider caste equation with these appointments