Sitting in the backyard of his little homestay property, Veerabhadra, a farmer turned hospitality entrepreneur, tries to look beyond his field glittering with fireflies.

SAKALESHPUR: Sitting in the backyard of his little homestay property, Veerabhadra, a farmer turned hospitality entrepreneur, tries to look beyond his field glittering with fireflies. The beautiful night at the foothills of Western Ghats does not entrance him because he is closely listening for any sign of a herd of elephants, which is roaming around his farm.

Villagers residing in Western Ghats that fall in parts of Hassan, Alur and Sakaleshpur taluks have been dealing with straying elephants for the last eight years. In 2013-14, 22 elephants from here were relocated but now count of the animals has gone up to 40. On an average, 12 deaths are reported annually from this landscape covering three wildlife ranges, Yesaluru, Alur and Sakaleshpur. There is also the crop loss from stampede of elephant herds into coffee estates and paddy fields. 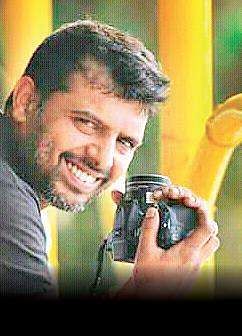 “Before hydel projects came to this area there was no conflict with elephants,” says Veerabhadra. “Our crops such as coffee, pepper and potato are damaged because of various reasons, and incidents with elephants are increasing every passing year,” he says.Sakaleshpur taluk, which is the most affected from the conflict, has five mini-hydel projects in operating or ready-to-operate states.

Kempuhole Mini Hydel project, Kadumane Project 1&2, Ettinahole Mini Hydel Project and Maruthi Power Zen projects are operating here and eight more projects, two of which have sought permission for damming the streams in Bisile forests, are awaiting government clearance. There is also the Ettinahole water diversion project, which aims to provide water to parched Kolar and Chikkaballapur districts. From 2010, since hydel projects started getting commissioned here, wildlife corridors were being altered, streams diverted and catchment of rivers damaged.

“About 40 elephants are now habituated to living on farm crops than being in the forests,” says Hemmige Mohan, a noted environmentalist. “Conflicts have risen in number after hydel projects have started operating in Sakaleshpur taluk. As Sakaleshpur is an important point in the elephant corridor that stretches beyond Hassan district and till Kodagu, there was elephant movement.

But due to fragmentation caused by the projects, it cut off a small population of elephants  from the main forest area. Hence we are demanding that elephant corridors be restored and that they cease to sanction newer projects in the eco-sensitive area.”

Forest dept works out solution
The Forest Department has now come up with several early warning systems to mitigate deaths from elephants. It has created SMS-based warning system, LED-board displays about elephant movement and blinkers at some points where elephants move. Every village that is located around Sakaleshpur, Alur and Esaluru ranges has a member who informs the forest department about the movement of elephants. Once confirmed, the warning message is flashed through SMS and on display boards. “We have also introduced automatic warning calls to people who have subscribed for the warning systems. During such times the alerts on mobiles are helpful. In the last six months, due to early warning systems, the confrontration of elephant and people have reduced,” says Ramesh Babu, Deputy Conservator of Forests, Hassan.

Triangular Fight on the cards
With retired IAS officers Siddaiah contesting from Congress, the Sakaleshpur constituency assembly is now set for a triangular fight. Sitting MLA H K Kumaraswamy from JD(S) and BJP’s Somshekar Jairaj will have to fight with Siddaiah. With 24,000 poeple, the constituency has Lingayat and Dalit voters in highest numbers.

Stay up to date on all the latest Karnataka news with The New Indian Express App. Download now
TAGS
Veerabhadra Western Ghats farmers