BENGALURU: Out of 18 years, Karnataka has witnessed 15 years of drought, said Rural Development and Panchayath Raj (RDPR) Minister Krishna Byregowda. On Thursday, Byregowda launched the Jalamrutha movement, a campaign to save water, as the state government declared 2019 as year of water or ‘Jalavarsha’.

This initiative is expected to spread water literacy, focus on conservation, promotion of smart water usage and encourage green initiatives. A sum of Rs 500 crore and an additional `100 crore has been granted to implement the same, Byregowda said, under which, over 14,000 water bodies across the state will be rejuvenated over the next two years.

Byregowda said 2018 was an unusual year. “There was flooding in a few districts, causing damage to farmers and the public. At the same time, there was severe drought in several North Karnataka districts,” he said.

“We are already supplying water in private tankers to 800 Gram Panchayaths. The underground water table is going down, and at some places, even after drilling 1,500 feet, water is not traceable. We can supply fodder to cattle, supply drinking water in tankers, but all these are temporary arrangements. In the long run, ground water needs to charged, for which Jalamrutha has been launched,’’ he added. 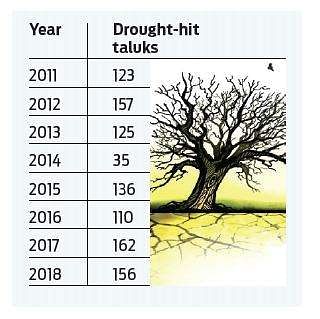 Now we are on Telegram too. Follow us for updates
TAGS
Krishna Byregowda Jalavarsha