The green initiatives, the MCC hopes, will put the city back in the race to get the crown in the cleanest city rankings.

MYSURU: The city corporation, bolstered by the recent Swachh Survekshan report that adjudged Mysuru the third cleanest city in India, has come up with a number of initiatives to put the city back on the top. Only Indore and Ambikapur were declared better than Mysuru. The green initiatives, the MCC hopes, will put the city back in the race to get the crown in the cleanest city rankings.

READ | Bengaluru moves up, Mysuru at No. 3 in Swachh rankings

The hallmark of the initiatives is the green wedding concept. As per this, teams of corporation officials will assist the families of the grooms to conduct the weddings using recycled paper, organic flowers and steel tumblers among others instead of plastic. For such weddings, officials will issue green wedding certification. 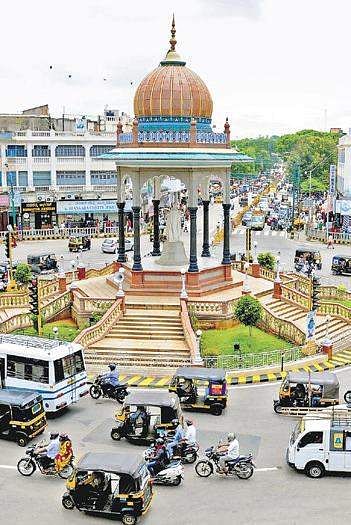 It was also decided to take the help of NGOs to educate youths about the concept as well ensure they develop the attitude and behavioral changes for waste management.Corporation commissioner Shilpa Nag said the MCC also wants to come up with green shops in all the nine zones to sell eco-friendly products.

Disclosing that they missed out the second spot with just 15 marks for not filling up details on installing sanitary pad vending machines, she said they will go for recertification. She said they have decided to take out 1.5 lakh tonnes of accumulated sewage from the sewage farm and develop lawns.

To start with, the MCC will set up pink toilets and sanitation complexes near suburban bus station and at Gandhi Square with showers, toilets and sanitary vending machines under public-private partnership. They have started to make dry leaf compost, she added.Mayor Pushpalatha Jaganath thanked the people, including officers, students and NGOs, for their cooperation to keep the city clean.

She said Pourakarmikas worked overtime during the paperless survey carried out for 28 days that got 1.08 lakh feedbacks to bounce back to 3rd position from eighth spot among 4237 cities. She also thanked contractors for providing equipments to clear the garbage and told that they have also placed orders for the machine to treat the building waste. If provided the Mysuru city will be the second city in the country after Delhi to have the machine, she said. Pushpalatha said that the Corporators and officials will visit Indore in three batches to study the initatives taken there that helped them clinch the top post under Swachha Sarvekshan.