BENGALURU: As a large number of patients are being admitted to the Victoria Hospital, it is exploring the option of Ayurvedic intervention and carried out clinical trials on 10 Covid patients with mild and moderate symtoms who showed good results. The trials were held between June 7 and 25, and all 10 patients recovered. But the Ayurvedic treatment was in addition to regular treatment. Dr Smitha S Segu, Nodal Officer, Covid Core Committe, Bangalore Medical College and Research Institute (BMCRI), said, “Ayurvedic and Ayush trials are going on. But this is in addition to regular treatment, and it has shown some improvements in the patients’ blood reports as well.” 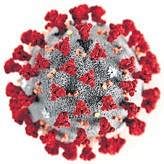 The Ayurvedic treatment was initiated by Dr Giridhara Kaje, MD and Chief Physician, Prashanthi Ayurvedic Centre, Rajajinagar. He said, “I had written to the government and was initially approved by the BMCRI ethics committee. We conducted clinical trials on 10 patients and it showed good results. The medicine was given to even comorbid patients.” Two Ayurvedic tablets were given thrice a day. “So far, I have treated thousands of patients with viral diseases.

The two medicines that we administered on Covid patients are broad-spectrum, anti-viral drugs,” he added. The patients who were symptomatic improved and had no symptoms in four days, while their results were negative by the ninth day. “I have approached the government to treat over 200 people,” he said. Dr Jayanthi CR, Directorcum- Dean, BMCRI, said, “The treatment is still to be validated in larger trials with more patients.”