Karnataka all set to usher in private agri market yards

BENGALURU: Despite concerns expressed by farmer associations and opposition parties, the state cabinet on Thursday gave its nod to promulgate an ordinance to amend the Agriculture Produce Market Committee (APMC) Act to allow private firms to set up yards and directly purchase produce from farmers’ doorsteps. Law and Parliamentary Affairs Minister JC Madhuswamy termed the changes in the Act as “purely in the interest of farmers” to eliminate middlemen. “There are no restrictions and farmers can sell their produce at APMC yards or at private yards. It can even be purchased at farmers’ doorsteps. It will establish a direct link between traders and farmers, without middlemen,” he said after a cabinet meeting on Thursday. 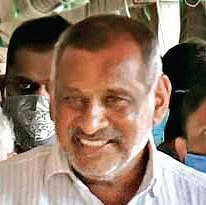 The minister said that at the APMC yards, farmers sell their produce to commission agents, who in turn give it to traders after bidding. Now they can sell their produce directly to traders. “Though there is a law that commission agents should take commission only from traders, they are taking commission from farmers as well in some cases. This change will help farmers and we do not know why it is being opposed.” On the apprehensions that small farmers may be exploited by private firms, the minister said there are enough mechanisms in the system to protect farmers’ interests.

The AMPC State Committee and the directorate will continue to have full powers and the private firms seeking a direct purchase from farmers have to be licensed by the committee, the minister said. However, the AMPC committees at district and taluk levels can only regulate what is sold within the market yard, and not outside. Opposition Congress and JDS and farmer association leaders have slammed the move and threatened to take to the streets.

Former prime minister and JDS supremo H D Deve Gowda said the government took the decision without consulting farmers and that the ordinance must be withdrawn. Gowda expressed apprehensions that multinational firms could exploit farmers if the Act is diluted. Former chief ministers Siddaramaiah and H D Kumaraswamy said the ordinance is aimed at helping MNCs and it would destroy the agriculture sector in the state. Farmer leader Kodihalli Chandrashekar and former director of research at the University of Agricultural Sciences (UAS) Bengaluru, Dr MA Shankar, termed it as “detrimental” to the agriculture sector.

WHY TAKE ORDINANCE ROUTE
Madhuswamy said the government is following the model prescribed by the Centre and it has to be done in a time-bound manner. “If we had time, we would have called the legislature session and convinced all the members,” he said, adding that the Governor had not sent back the ordinance, which was kept on hold until it was approved by the cabinet.

WHAT ARE THE CONCERNS?