The former mayor was first questioned by the CCB police on August 18 and was summoned again on September 18.

BENGALURU: Former Bengaluru Mayor Sampath Raj, who was on a run for more than 20 days, has been arrested by the Central Crime Branch (CCB) police in connection with the DJ Halli riots that took place in August. The court has remanded him to police custody till Thursday.

Sampath Raj, who was the corporator of the DJ Halli ward when the riots broke out, is accused of having played a key role in instigating the others to set fire to Pulakeshinagar Assembly constituency MLA Akhanda Srinivasa Murthy’s residence in Kaval Byrasandra.

Police said Raj was arrested from the residence of his friend in Benson Town on Monday night. “Based on specific inputs that he was hiding at a friend’s house in Benson Town, a police team rushed there and arrested him around 9 pm on Monday. 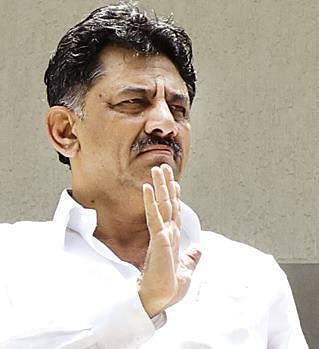 SAMPATH Raj was subjected to a medical test later and produced before a court on Tuesday,” an official said. The CCB police informed the court that they have evidence of Raj’s involvement in the case and that his custodial inquiry was necessary for the probe. Considering this, the court remanded him to police custody for two days. Earlier in the day, the CCB police questioned Sampath Raj for a few hours regarding his involvement in the case.

The former mayor was first questioned by the CCB police on August 18 and was summoned again on September 18. However, he had dodged the inquiry citing health reasons and was admitted to a hospital in Hebbal. He had been on the run since October 25, the day he was discharged from the hospital. The hospital staff had discharged him without informing the police, who later issued a notice seeking information regarding the date of Raj’s discharge.

The police had issued another to notice to the hospital and questioned a few staffers. On November 7, the police had also arrested one Riyazuddin, a BBMP contractor and friend of Sampath Raj, on charges of helping and harbouring the latter. He had allegedly taken Raj in his car to a farmhouse near Nagarahole and given shelter to the accused for a few days.

The CCB officials investigating the case had named Sampath Raj as one of the accused. Defending the former Mayor, Shivakumar said he was not absconding, but was unwell. “It is a conspiracy by the BJP to tarnish Congress’s image.

I have seen the chargesheet filed against him and they are targeting Sampath Raj,” Shivakumar claimed, adding that he will always support his party workers, including MLA Akhanda Srinivasmurthy. Srinivasmurthy told TNIE that from day one, Leader of Opposition Siddaramiah and party MLA Zameer Ahmed Khan were with him. “I only appeal to KPCC president D K Shivakumar to cooperate,” he said. He also said he will be meeting CM B S Yediyurappa, Home Minister Basavaraj Bommai, Bengaluru City Police Commissioner Kamal Pant and KPCC president Shivakumar.

Now we are on Telegram too. Follow us for updates
TAGS
Sampath Raj DJ Halli riots Bengaluru violence Bengaluru riots