BENGALURU:  The parents of a 12-year-old boy in Bengaluru, who underwent home isolation for Covid-19, were worried as he would cough and then faint, bringing his head to his knees or collapsing on his parent’s shoulder, after recovering from the infection. They took him to the Out-Patient Department, only to find that nothing was medically wrong with him. 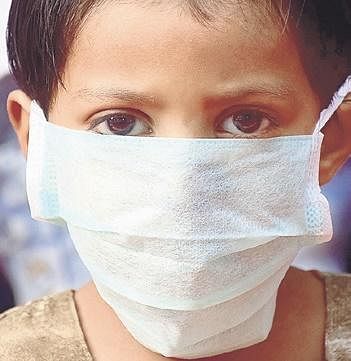 “The paediatric neurologist checked him and a CT scan was done as well, but they found nothing wrong. The doctors realised this was a form of attention-seeking behaviour as a result of being isolated in a room, with little attention from parents. Children want affection, interaction with parents and peers, and physical touch like hugging,” said Neeraj Lal, vice-president and cluster head, Bengaluru and Karnataka region, Rainbow Children’s Hospital.

Children can feel neglected when in isolation, and may assume that nobody cares about them. In this case, the parents were advised not to worry and instead, spend more time with him, engage him in games, listen to him and hug him, Lal added.

Home isolation is far better than isolating Covid-positive children in hospital if they are asymptomatic, experts say. Remaining within the four walls of a hospital for 14 days can be troubling for kids. “Younger children in hospital become irritable, feel lonely and strange as they are attended to by people dressed in PPE kits, their appetite is hampered, they miss attention from parents and also from grandparents, if they come from joint families.

Adolescents infected by Covid tend to feel anxious about having the illness itself,” said Dr Archana, Paediatric Infectious Disease department, Manipal Hospitals. Irrespective of being infected by Covid or not, doctors find that isolating oneself at home has had a detrimental effect on children. Weight gain due to comfort feeding, headaches due to increased screen time, lack of sleep, low mood, inability to concentrate, forgetting what they have just learnt are some of the symptoms observed, owing to poor social interaction during this time, noted Dr Ravi Kumar, consultant, Paediatric Neurology, Aster CMI Hospital.

He came across a case where a mother would check the daughter’s oxygen saturation levels on a daily basis, though she had not contracted the disease. “This led to the child having panic attacks, breakdowns and anxiety, fuelled by watching news on Covid-19 on television. A lot of anxiety has been observed in children in the age group of 8 to 12, where they assume that Covid means death.

They become quiet and withdrawn,” Dr Kumar said, adding, “As there is no clear distinction between office and home due to work from home, parents are, in fact, paying lesser attention to children, which affects them.” As per the September 19 Covid State War Room report, there have been 17,616 patients in the 0-10 age group, and 17 deaths.

Now we are on Telegram too. Follow us for updates
TAGS
COVID-19 Coronavirus mental health