The crucial role he played in saving the Silent Valley from ecological disaster is one of his outstanding achievements.

KOCHI: Noted physicist Mambillikalathil Govind Kumar Menon, who was know for his high intellect and administrative judgment, passed away in New Delhi on Tuesday. He was 88.

M G K Menon had made the state proud by playing a prominent role in the development of science and technology in the country over the past five decades. 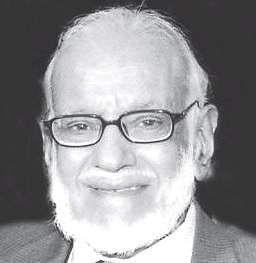 The crucial role he played in saving the Silent Valley from ecological disaster is one of his outstanding achievements. He was head of the eight-member committee appointed by former Prime Minister Indira Gandhi - four selected by the Kerala Government and four by the Central Government. Three months were too  short a period to assess the pros and cons  of  the issue fully. However, the decision came slowly but surely, with careful evaluation, in favour of environmentalists. And Silent Valley, a repository of plant and animal wealth, is there for all of us to enjoy.

He was a Member of Parliament (Rajya Sabha) in the 1990-96, period from Rajastan (Janata Dal). In 2008, an asteroid was named after Menon, as ‘7564 Gokumenon,’ to honour him.    MGK Menon was born on August 28, 1928, in Mangaluru as son of Justice Sankara Menon of Kizhakkepat and Narayanikutty Amma of Mamballikalathil. After completing his schooling in various parts of the country, Menon joined the University of Bristol in the UK in 1949. He got the spark that lit his deep  commitment to fundamental research from Nobel Laureate C V Raman, who insisted that Menon  should do research in physics.

In 1972, Menon served as chairman of the Indian Space Research Organisation (ISRO), after Vikram Sarabhai, and served as director of the Tata Institute of Fundamental Research (TIFR) at the age of 35. Menon was a member of the Planning Commission from 1982 to 1989; Scientific Adviser to the Prime Minister from 1986 to 1989; and vice-president of the Council of Scientific & Industrial Research (CSIR) from 1989 to 1990. He was also Fellow of the Indian Academy of Sciences and the Royal Society of London.