The Cabinet on Wednesday decided to convene the seventh session of the Assembly to focus on legislations regarding various issues including GST.

THIRUVANANTHAPURAM: The seventh session of the Assembly will begin on August 7. The Cabinet on Wednesday decided to recommend the Governor to convene the session. In the backdrop of the ongoing issues over Munnar eviction drive, fee hike in self-financing medical colleges and the latest move to construct the proposed Sabarimala Airport at Cheruvally estate, the Assembly session will see hot debates. The session is expected to pass a couple of legislation. 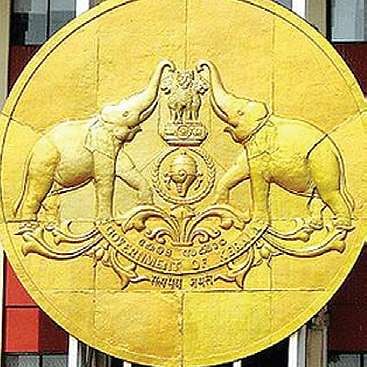 Other decisions
l Cabinet issued its sanction for a project to construct a bridge, at a cost of B13 crore, across Tirur river in Tanoor. The funds would be given through KIIFB.
l An area of 10 acres will be made available from 30 acres with SIDCO in Menamkulam village to set up Women’s Police Battalion’s headquarters.
l An area of 30 cents with the Revenue Department will be given, subject to conditions, to set up District PSC office in Malappuram.
l Employees of Kerala Dental Council to get benefits of 10th Pay Commission.
lA total of 460 posts to be created at subordinate judiciary, lower courts and sub-courts. The decision was taken as demanded by the High Court. The 460 posts were sanctioned in the first phase.
l As many as 10 posts to be created on contract basis to implement the Vizhinjam rehabilitation project.
l Four posts to be created at the office of Kerala Forward Communities Welfare Corporation.
l As many as 22 posts to be created at Fire and Rescue Academy, Viyyur, Thrissur.
lA training centre for minority youths to be set up at Alathiyoor in Malappuram. Ten posts to be created.
l A total of 37 posts created for Kerala Administrative Tribunal’s Thiruvananthapuram Bench.

Appointments
l G Rajendran of Thiruvananthapuram will become PSC member. To recommend to the Governor to appoint him to the existing vacancy.
l Supplyco CMD A P M Mohammed Haneesh to be given additional charge of Executive Officer, Kochi Smart City.
l Sharmila Mary Joseph, who is returning to the state after Central deputation, to be made Planning Board member secretary and Planning and Economic Affairs secretary.
l Survey and Land Records Director Gopalakrishnan to be given additional charge of Chief Executive Officer, Thiruvananthapuram Smart City project.
l RMSA state project director R Rahul to be given additional charge of managing director, KTDFC.
l Former Additional Chief Secretary P Marapandyan, a retired officer, appointed as special officer of the special purpose vehicle for cashew procurement from major producing countries.

The Cabinet on Wednesday decided to hike the pension of former PSC chairmen and members. They will be eligible for a pension amount proportionate to 7.5 pc of their basic salary, for annual service. Currently it is 5 pc of the basic salary. Also the maximum pension amount has been fixed at 50 pc of basic salary. A minimum of two years of service is mandatory to get pension. An earlier clause in this regard has been excluded.

Assembly session to consider legislation on GST, SFCs
The short session of the State Assembly to be convened from August 7 to 24 will mainly focus on legislative business. A number of amendments and new legislations are expected to come up before the Assembly in this session. Amendments to Panchayati Raj Act, Municipality Act, legislations on GST, Higher Education Council, Self-financing colleges, the revised Maritime Board Bill and amendments to the Cooperative Act to facilitate setting up of the Kerala Bank are expected to come up in this session.