Kerala has been allotted 12 projects under the Union Ministry for Rural Development’s startup village entrepreneurship development programme being implemented in the state by Kudumbashree.

THIRUVANANTHAPURAM: Kerala has been allotted 12 projects under the Union Ministry for Rural Development’s startup village entrepreneurship development programme being implemented in the state by Kudumbashree.

Under the programme, startup village entrepreneurship development projects will come up in all districts. Already, the projects are being implemented in Parakkode block in Pathanamthitta and Vadavukodu block in Ernakulam district. 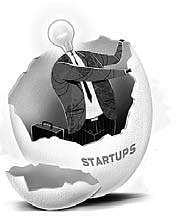 The aim of the programme is the comprehensive development of entrepreneurship ventures launched after studying its possibilities at the local level. With the addition of 12 new projects, Kerala becomes the only state in the country to have implemented this project in all districts.

According to Kudumbashree, which implements the project with support from the  Kudumbashree National Resource Organisation, most problems faced by entrepreneurs will be solved through this programme.

Even though norms prescribe the implementation of the programme in not more than eight blocks in a state, relaxation was given in the case of Kerala by the Union Ministry, a release from Kudumbashree said.
Under the startup village project, around 2,000 ventures will receive technical support from trained personnel, as well as loan support.

Setting up a resource centre to provide assistance to new ventures or ventures which have stopped mid-way, evolving new projects to nurture new startups and launching performance improvement programmes for existing entrepreneurs are the major goals of the programme.
The project is being implemented with 60 per cent assistance from the Union Government.

STIMULUS FOR STARTUPS
Projects under ‘Startup Village Entrepreneurship Development Programme’
State gets 12 new projects under the programme
Kerala is the only state with startup projects in all districts
Around 2,000 ventures to receive technical aid
Rs 6.5 crore to be spent in each block