The Kerala High Court on Thursday sought the view of the Central Government on a petition filed by athlete P U Chitra, who struck gold in the 1,500 m track event in the Asian Athletics Championships,

KOCHI: The Kerala High Court on Thursday sought the view of the Central Government on a petition filed by athlete P U Chitra, who struck gold in the 1,500 m track event in the Asian Athletics Championships, against her exclusion from the Indian team for the IAAF World Championships in London. 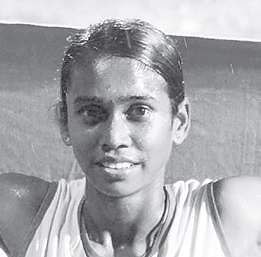 The court asked whether the Centre had any control over the Athletics Federation of India and whether the Central Government spends money for the athletes to participate in the championship.
According to the petitioner, the federation’s decision not to select her for representing the country in the world championship despite the required qualification was highly arbitrary. She said the world championships were a coveted international event.  Every country was trying to participate and win medals at these world events. Even crores of rupees were spent by the Centre to ensure the country gets medals. Extraneous consideration was behind the decision to deny her participation in the event, the petitioner stated. An athlete who had won first place should have automatically qualified for participation in the championship. The petitioner had won the gold medal in the women’s 1,500 m at the Asian championship held in Bhubaneswar recently. Therefore, she was entitled to take part in the world championship.