Health Minister K K Shylaja has not taken any initiative to tackle the outbreak of diseases, says Opposition leader

THIRUVANANTHAPURAM: Blaming the Health Department for its total failure to contain the fever outbreak, Opposition Leader Ramesh Chennithala has demanded the government to declare ‘health emergency’ in the state.  He made the demand to Chief Minister Pinarayi Vijayan when he called on him at his official residence. He also submitted a memorandum to the CM on the alarming increase in cases of fever and other diseases.  Health Minister K K Shylaja had not taken any initiative to tackle the outbreak, Chennithala said. 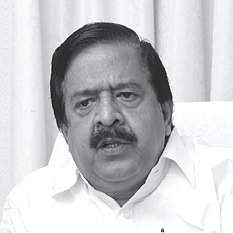 “There are not enough beds in most hospitals. There is also shortage of medicines.  The previous UDF Government had given much importance to pre-monsoon cleanliness,” he said.

Besides, he alleged the government had transferred Health Department officers, including health inspectors, without any rhyme or reason.  Chennithala also said the Chief Minister had promised to take up the issue with the Health Minister and other senior officers in the department .

Pointing out the Opposition was not interested in staging protests over this issue, he said the priority would be to initiate cleaning activities and helping patients. He said all the UDF members would engage in cleanliness drive in their respective constituencies.

T’Puram: Labour Minister T P Ramakrishnan has requested nurses to withdraw the agitation scheduled to start from Monday in view of the prevailing fever outbreak in the state.   “Kerala is in the grip of dengue and other diseases. In this situation, the nurses should call off the strike,” he said.

Oppn’s allegations baseless, no lapses on dept’s side: Min 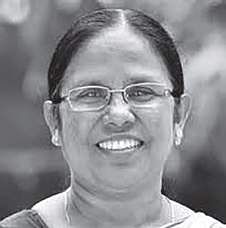 Kochi: Dismissing Opposition leader Ramesh Chennithala’s allegation the government failed to take measures in preventing the fever outbreak in the state, Health Minister K K Shylaja on Sunday said there were no flaws on the department’s side. She said Chennithala’s statement that there was an emergency-like situation in the state will only heighten people’s fears. “The situation calls for everyone’s unity. But the Opposition is trying to gain political mileage,” she told reporters. “As many as 3,000 volunteers have been deployed to ensure preventive measures. A control unit will be opened at Thiruvananthapuram in addition to the existing unit to deal with fever-related issues. Around 115 people have lost their lives to fever,” she said.