Veteran cinematographer C Ramachandra Menon, 88, passed away at his sister’s house at Chalappuram here on Tuesday. 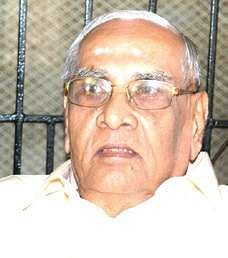 KOZHIKODE: Veteran cinematographer C Ramachandra Menon, 88, passed away at his sister’s house at Chalappuram here on Tuesday. He is survived by two children - Maya Harigovind and Gautham Menon.  The cremation will take place on Wednesday at Mavoor road crematorium. He was the cameraman for over 300 Malayalam films. He had also made his presence felt in Tamil movies.  Menon was part of the team that included P Bhaskaran and Kunchako and anchored many new-age Malayalam cinemas in the 1970s such as Ningalenne Communistaakki (1970) and Ummaachu (1971). He had also worked with directors like Sasikumar, I V Sasi and Sreekumaran Thampi in films like Mounanombaram (1985), Yuvajanolsavam, Amme Bhagavathi (1986) and Sankhanaadam (1988).