DGP acts on Express report on lack of safety measures and need for fencing around rain-filled ponds at deserted quarries.

THIRUVANANTHAPURAM: State Police Chief Loknath Behera wrote to Home Secretary Subrata Biswas on Wednesday, urging the government to make safety arrangements at all abandoned quarries in the state.The DGP acted based on Monday’s Express report about lack of safety measures and the need for fencing around rain-filled ponds at abandoned quarries following the Madavoor accident, which claimed three lives. 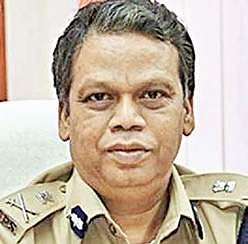 Three girls --- Sainaba, 15, Jumana, 16, and Shihana, 16 --- drowned after they got into the 50-foot deep pond for taking bath last Sunday.In the letter, Behera requested to make fencing around the ponds and at least partially refill them. The letter said it should be made mandatory while granting permission for quarrying that proper fencing will be made around such quarries so that the people do not use them.
The DGP also requested to erect proper sign boards to caution the public while entering the pond. The government is yet to respond to the letter.

Earlier, District Collector and Rural Police also promised to come up with measures to prevent such accidents in the future.Collector K Vasuki said special squads had already been formed to check whether the quarries are complying with the safety norms. She also pointed out preparatory works to ensure safety at all abandoned quarry ponds had been done and the measures, including fencing, will be implemented within two months.

Various district administrations had proposed the idea of fencing around rain-filled pools, but nothing has been materialised so far. Some quarry owners have voluntarily set up fencing, but the majority of ponds still pose a threat to the public.

As many as 80 granite quarries are located in the district alone. Of which, nearly 30 are in abandoned state. In rainy season, these pits eventually turn into pools. Norms stipulate respective local bodies should ensure they are barricaded and warning boards are placed. But it is often violated.