The special investigation team probing the case of missing Latvian national Liga Skromane went to Rameswaram in Tamil Nadu on Friday after they received information she was spotted there.

THIRUVANANTHAPURAM: The special investigation team probing the case of missing Latvian national Liga Skromane went to Rameswaram in Tamil Nadu on Friday after they received information she was spotted there. The information was given by a Belgium national, the police said. The police team also confirmed she never went missing in the sea. 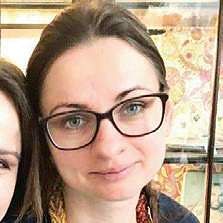 Control room ACP and investigating officer V Sureshkumar told Express he ordered a police team who were conducting a search in Velankanni to rush to Rameswaram.“We passed on the information to the police team who have already started from Velankanni. According to the information received, a foreigner was found roaming around at Rameswaram. We were able to confirm she did not go missing in the sea.

“The search operations were done in the last five days under the aegis of the Indian Navy and Air Force, so we have decided to intensify the search on land. We keep receiving information that Liga was spotted here and there,” said Sureshkumar.

On Wednesday, the joint search operation was extended to the deep sea with the help of scuba divers. However, no leads emerged. The Southern Naval command had mobilised Gemini inflatable boats, underwater sonar and six deep-sea divers for the search from April 1. In the past four days, the  Navy and Air Force searched the Grove, Hawa and Lighthouse beaches.

Last week, a special team was sent to Gokarna in Karnataka following reports she was seen there with another tourist. The team did not find her, though. Liga who had come to Kerala with her younger sister Ilze Skromane for the treatment of post-traumatic depression at an Ayurveda healing centre in Pothencode had gone missing on March 14 from Kovalam.

Kochi: The Kerala High Court on Friday directed the police to intensify the probe into the missing of Liga Skromane. The court issued the order on a petition filed by Ilze seeking a directive to the police to find out the missing woman and produce her before the court. The petitioner and her sister Liga arrived in India on a tourist visa. Ilze said her sister went missing on March 14. On that day, Liga was suffering from a mild headache and she remained in the room, while the petitioner attended the yoga class on the same premises. When the petitioner returned to the room after a yoga class around 8 am, Liga was not there in the room. Though Ilze filed a complaint before the police, the probe fetched no result.The lethargic attitude of the state and its machinery in this regard is nothing but a violation of fundamental right as envisaged in the Constitution, the plea stated.