As many as six mahouts were crushed or gored to death by the raging elephants in the state in the first three months of the current calendar year.

THIRUVANANTHAPURAM: For mahouts in the state, the elephant is a constant companion.They eat, sleep and wake up with elephants during the peak season in the festival calendar. However, of late, things seem to be not so rosy for the mahout who in normal circumstances looks like a rugged man in his traditional attire with a heavy moustache and a knife in the belt.

As many as six mahouts were crushed or gored to death by the raging elephants in the state in the first three months of the current calendar year. Whereas the number of mahouts killed in 2017 was four and in 2016 it was eight. And notably, no single civilian was killed by the elephants during this period, thanks to the restriction placed by authorities for going near the elephants during processions.

V K Venkitachalam, secretary of the Heritage Animal Task Force, told Express if a person was killed in a major road mishap or any other natural calamities in the state, his/her kin will get a few lakh rupees as compensation from the relief fund of the Chief Minister. But if a mahout is killed by an elephant in a public space, his family will get a compensation of Rs 5,000 from the District Collector. Further, if his case is pushed diligently by others, they will get a sum of `10,000 as compensation from the state government, he said.

The elephant owners claim they have insured their elephant, but to get a compensation on par with other accident victims, the family will have to file a civil case. The family of a road accident victim will get a better deal than this, he said. Forest Minister K Raju also admitted that there were some limitations in providing compensation to the family of victims of elephant fury.

The case of the elephant is not much different from the uncertain future of mahouts. As many as 11 elephants died in the first three months of the year due to various reasons, including torture, unscientific handling and various ailments, while the number was 20 and 26 in 2017 and 2016, respectively. The soaring mercury coupled with the rise in festival programmes is taking a catastrophic toll on the health of the captive elephants. 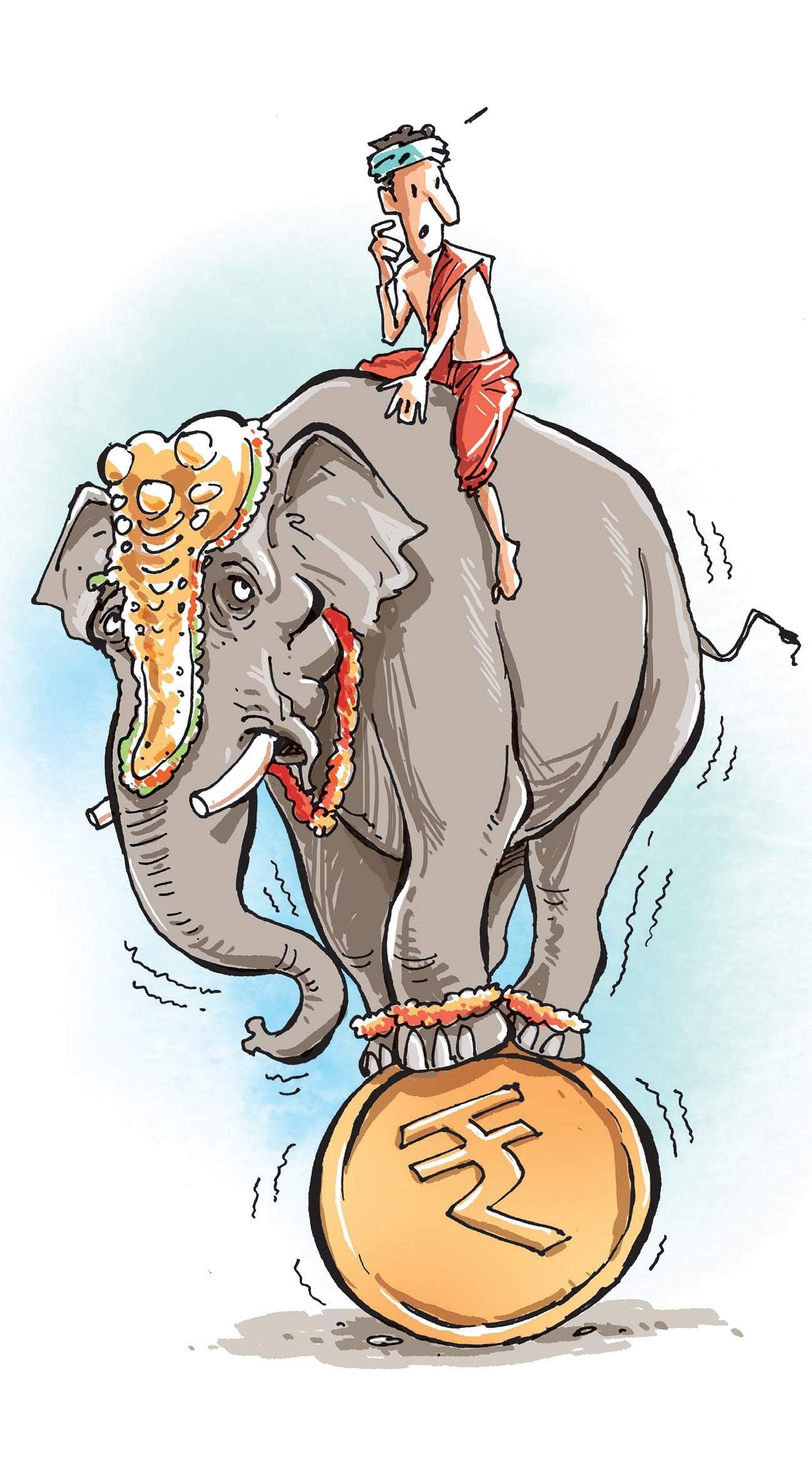 The experts in the field also aver the mortality rate of captive elephants also took a nosedive, which is evident from the age of elephants that died in the recent period. Of the total 57 elephants which died during this period, the age of most of the animals was in the range of 13 to 58, showing a clear indication that the life expectancy of captive elephants has seen a sharp fall compared to their counterparts in the wild, said Venkitachalam.

The issue will remain as long as the elephants are paraded by owners, throwing the provisions of the Kerala Captive Elephant Maintenance Rule to the winds. However, Raju assured there would be some interventions from the side of the state government to enforce the Captive Elephant Rules in its letter and spirit. Recently, the Centre has sought the opinion of the state government for the national forest policy and the government assured its commitment to implement the rules strictly to ward off untoward incidents in the cultural sphere of the state, he said.