The MHA has directed the state to track down illegal migrants who have wrongfully obtained Aadhaar cards from the UIDAI.

KOCHI: As the influx of migrant labourers continues at an alarming rate in the state, the Ministry of Home Affairs (MHA) has warned of illegal Bangladeshi migrants obtaining Aadhaar cards by submitting fake documents. 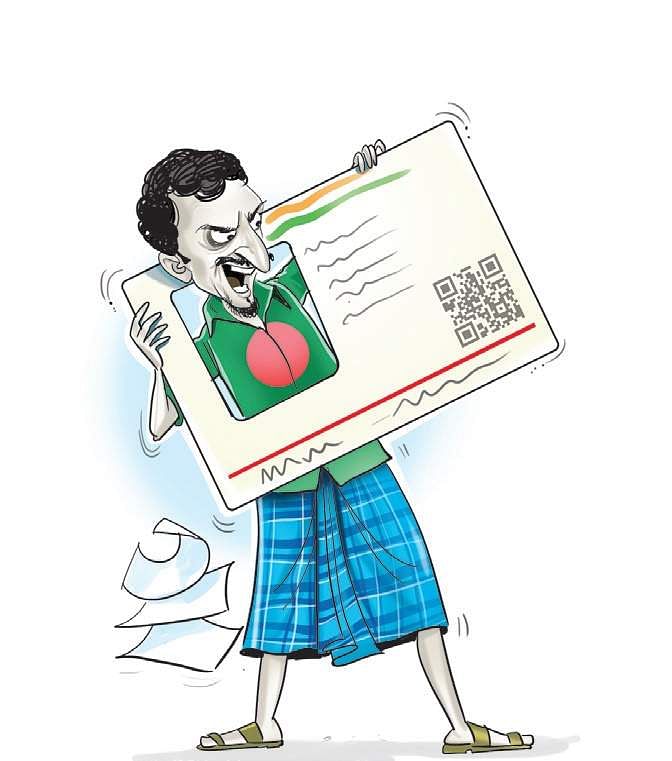 The MHA has directed the state to track down illegal migrants who have wrongfully obtained Aadhaar cards from the UIDAI. Besides, a communique has been sent to the state for implementing the revised procedures for detection and deportation of these illegal migrants.

The Centre has initiated various measures to track down illegal migrants after analysing the gravity of the situation arising out of illegal migrants from Bangladesh, Myanmar and Afghanistan entering the country.

As per a submission in Parliament by Union Minister of State for Home Affairs Kiren Rijiju, the MHA had issued a set of instructions to all states on February 28, 2018, advising them to sensitise the law enforcement and intelligence agencies on taking appropriate steps for prompt identification of illegal migrants, restricting them to specified locations as per the provisions of law, capturing their biographical and biometric particulars, cancellation of fake Indian documents and initiating legal proceedings for deportation.

State police chief Loknath Behera said the police have received fresh guidelines on tracking down illegal migrants. "But in Kerala we have not received any inputs on illegal Bangladeshi migrants securing Aadhaar cards. The process for applying and obtaining an Aadhaar card is altogether different and the police have no role in it. Anyway, we are carrying out the necessary checks," he said.

The MHA had mounted heightened vigil after a racket that enabled illegal migrants to secure Aadhaar and PAN cards on the basis of fake documents was busted in Karnataka in December 2017 and Maharashtra in March 2018. According to an MHA report, around two crore Bangladeshi immigrants are staying illegally in the country.

SITUATION SERIOUS
Illegal migrants obtain Aadhaar cards by submitting fake documents.
A communique has been sent to the state for implementing revised procedures for detection of such migrants. Necessary checks being carried out, says state police chief Loknath Behera

Stay up to date on all the latest Kerala news with The New Indian Express App. Download now
TAGS
Ministry of Home Affairs Aadhaar cards